Train round the bend 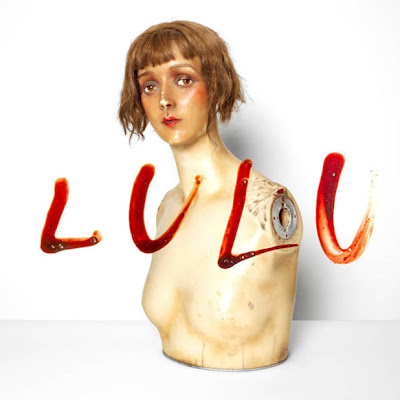 The London Underground has banned a poster for the Lou Reed/Metallica collaboration Lulu because it resembles graffiti. Except that I’ve never seen a graffito that looks remotely like that. Lucy Jones, in the Telegraph, is glad that it’s been banned, but that’s because it glorifies violence against women. Except that it doesn’t, so far as I can see – although some of those commenting on her article probably wouldn’t have much of a problem with that anyway.

And that’s before we get to the fact that Reed took his inspiration from the works of Wedekind and Alban Berg, and the vexed question of whether some art forms (theatre, opera) are allowed to depict ghastly occurrences, while others (heavy metal, advertising posters on public transport systems) aren’t. In any case, I just listened to 30 seconds of the album, and I’m pretty sure the poster will turn out to be the least horrible aspect of it. When did anybody last ban anything on qualitative grounds?

Actually, the Chinese government has done just that, cancelling the talent show Happy Girl, apparently because it kept overrunning its time slot, and because the content was inappropriate for prime time. Although some have whispered that the real reason for its demise was that phone voting encourages notions of democracy; and that it proved to be far more popular than the earnest, plodding programming of China Central Television. Under this analysis, it was essentially shelved for being too good.
Posted by Tim F at 9:20 am