In the Telegraph, the man who invented virtue signalling complains that BBC employees are still doing it even though they’re not allowed to. Although I assume that for the next couple of weeks, a different flavour of virtue will be loudly and proudly signalled throughout the Corporation, and there will be complaints if it’s not done; something I remarked upon nearly 14 years ago, long before Mr Bartholomew ever came up with the phrase.

PS: I just noticed that the article refers to going to work in your pyjamas, which brings it right up to date.
PPS: In The Spectator, of all places, Sam Leith nails it:

When you say somebody is ‘virtue signalling’, you’re not bothering to commit yourself to an argument about whether the position they are taking is right or wrong. (Perhaps, indeed, you feel on sticky ground entering that argument.) Rather, you are making a groundless and unfalsifiable presumption about their motive for doing so and using that as the supposed basis to dismiss the whole shebang. 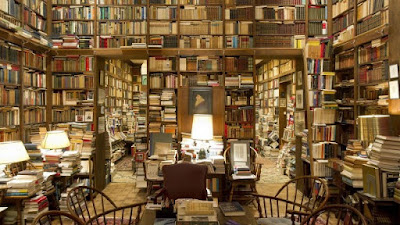 Facebook has once again demonstrated the abject wrongness of its advertising algorithms by suggesting that I might like to avail myself of the services of a book curator, someone who I am expected to pay to acquire and arrange reading material on my behalf. (Unless of course the placing of the ad on my feed was purchased by someone who just wanted to irritate me, in which case, nice work, Facebook, job done.)

This outrage did however prompt me into a half-arsed renovation of my shelves, rearranging a few into some semblance of logic and even filling a couple of boxes for the charity shop run. Inevitably this process was derailed by a desire to read every other book that passed through my hands, but that’s perfectly OK because it gives me something to blog about. Ha, take that, Marie bloody Kondo.

First, yet another cracking one-liner that would have fitted nicely into my dissertation: this time it’s EM Forster, from a speech he made at Harvard in 1947, about people whose aesthetic preferences remain just that, unassailed by critical faculties:

‘Oh I do like Bach,’ cries one appreciator, and the other cries, ‘Do you? I don’t. I like Chopin.’ Exit in opposing directions chanting Bach and Chopin respectively, and hearing less the composers than their own voices.

And then an old favourite, Roald Dahl’s The Wonderful Story of Henry Sugar. One image that’s stuck with me since I first read it at the age of 10 or so is the redeemed Sugar hurling all his casino winnings from his Mayfair balcony to the people on the pavement below; and I wake up to the news that a man in Chongqing has done the same thing (although he was off his face on methamphetamine at the time).

Apparently Donald Trump’s favourite song is Peggy Lee’s ‘Is That All There Is?’, because “I’ve had these tremendous successes and then I’m off to the next one. Because, it’s like, ‘Oh, is that all there is?’” Which is, shall we say, an idiosyncratic analysis of Jerry Leiber’s lyric about existentialist ennui and puts Trump in the questionable company of people who choose ‘I Will Always Love You’ as wedding music and once again raises questions about the President’s cognitive abilities and language skills. It’s perhaps not the most pressing reason to vote for Biden, but it’s certainly a reason.

Boris Johnson ruffled a few feathers today by laying claim to the concept of “a new Jerusalem” beloved of English radicals from Blake to the Attlee government and beyond. I was similarly annoyed with him until I saw this tweet by Dr Jennifer Cassidy, apparently a politics lecturer at Oxford University – Johnson’s alma mater of course – and now I just want to hide under the covers and whimper.

“In the depths of the Second World War...the government sketched out a vision of the post-war, new Jerusalem that they wanted to build”

Does the PM know how fractioned Jerusalem is? It is of the most divided cities on earth. pic.twitter.com/qBXBidIiGm

In a rare outbreak of common sense, the social media hive mind agrees that today’s instalment of the Sunday Times’s venerable A Life in the Day feature (by the talented and funny actor Tom Hollander), is very good indeed. 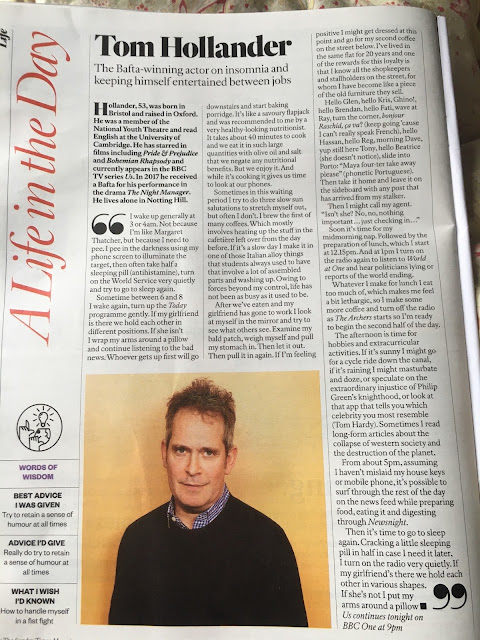 And, yes, yes it is. However - there always has to be a however, doesn’t there? - some silly digital sausages are suggesting that it’s as good as, or even better than, this one, by Tom Baker, back from the old days. And it isn’t. Because nothing is. Or ever will be. 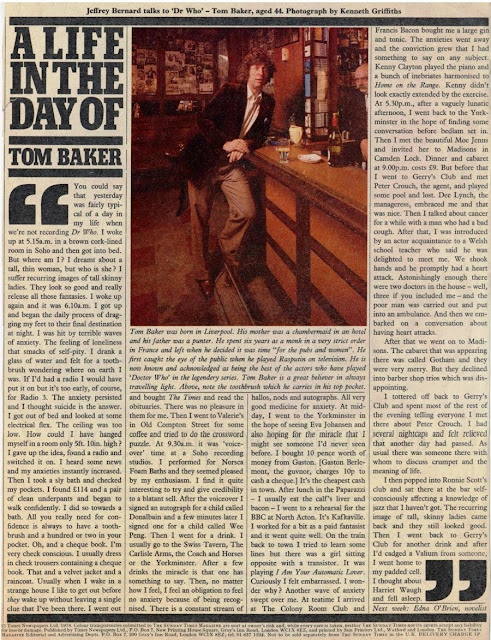