From the current Private Eye: 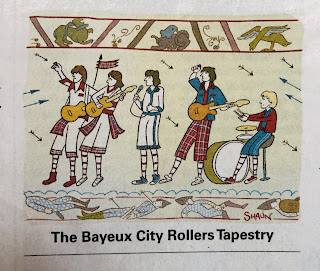 About the Downing Street whiteboard 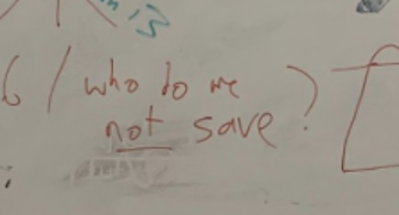 Thou shalt not kill; but needst not strive
Officiously to keep alive...

PS: Marina Hyde neatly skewers Dominic Cummings and all the other purveyors of blokeish populism: “If we must have machismo, must it be so very poorly essayed?” 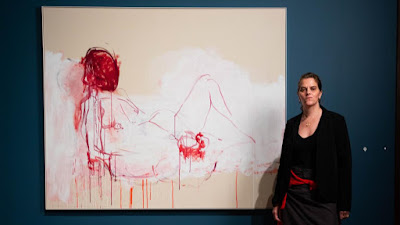 Throughly masked up and to the Royal Academy for the resurrected Emin/Munch show. Verdict: Munch was a better painter, but Tracey has better titles. (Because You Kept Touching Me vs Seated Female Nude, no contest.)

In the accompanying free sheet, there’s an interview with the Queen of Margate in which she opines:

Which is fair enough from the point of view of the artist, the creator. Unfortunately, most of the consumers just want more of the same. 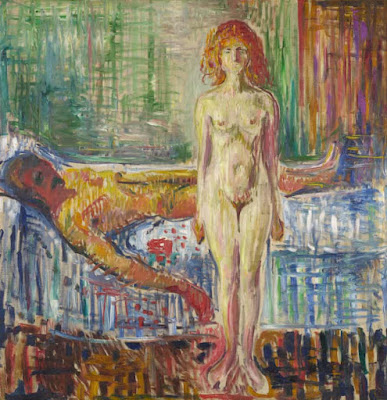 The journalist Fred Dellar has died. He was famous for compiling the NME’s weekly crossword, and also for the Fred Fact column, which answered readers’ queries. I never met him but I did write in – remember that in the days before Google, Wikipedia, Spotify or Shazam this was often the only way to clear up abstruse matters of musicological ontology (not to mention sumptuous nuggets of myth and gossip).

But even in the 1990s, before most of us even had e-mail, I’m pretty sure Fred was aware of the limitations of the snail-mail/print media process. I once asked him to identify the music used for a then-current beer commercial and in the 10 days or so between post box and publication the piece was released as a single. His response began, with an implicit sigh: “As you probably know by now...”

David Hockney, as if he needs the gig, has been commissioned to liven up Piccadilly tube station. I don’t particularly like what he’s done with the brief, to be honest – it all looks a bit lazy and afterthoughty – but I also don’t want to throw in my lot with the tiresome a-child-of-five-could-have-done-that-and-it-would-have-been-a-whole-lot-cheaper merchants on Twitter. Am I just being tribal? Or is it possible to attack bad criticism without at the same time defending bad art?

Beyond his cute looks, the model and singer Nick Kamen – whose death was announced today – didn’t seem to have all that much going for him. Yet, as the star of a single TV commercial, he gave a significant boost to sales and visibility not just of Levi’s jeans (the purported product of the ad) but also himself (five chart singles including one in the Top 10 and a dalliance with Madonna), the Marvin Gaye song on the soundtrack (another Top 10 placing, one of the many soul and R&B reissues that cropped up throughout the mid-80s) and, of course, boxer shorts. A true influencer avant la lettre. RIP, Nick.

A letter to the Telegraph, from one Alan Mordey of Leamington Spa, that is so many flavours of wrong it becomes rather impressive:

I find that Shakespeare can be difficult to follow at the best of times, and often, halfway through one of his plays, I find myself wishing I were somewhere else. Imagine my confusion some years ago when I went to see a production of Macbeth at my daughter’s school, where the various characters were played randomly by either sex, which meant it was way beyond my comprehension. I was always under the impression that stage performances were for the entertainment of the audience, which I’m sure was what William Shakespeare intended, but the modern idea of challenging conventions and asking the audience to suspend their preconceptions of reality falls far short of this ideal.