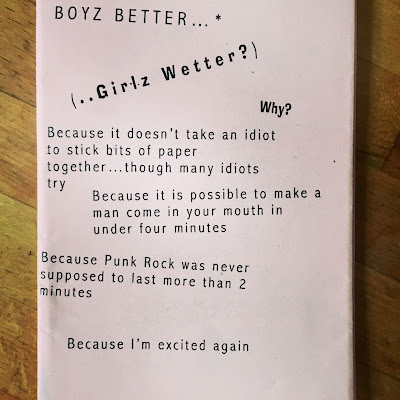 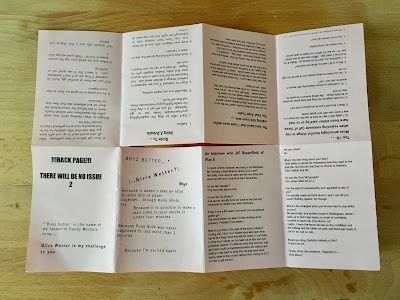 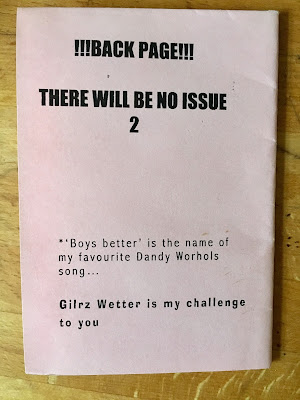 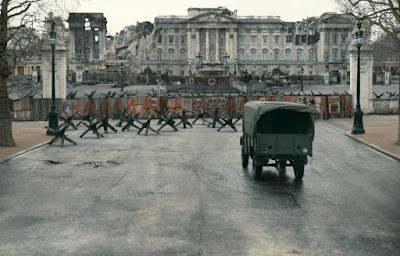 Tony: Yes, OK, let’s do that instead. It’s less risky. Move back the News at Ten for an utterly inept and unfunny chat-show that everyone will take the piss out of on Twitter. Is Walliams free?
Posted by Tim F at 11:23 am No comments:

About American Gothic and the perils of familiarity 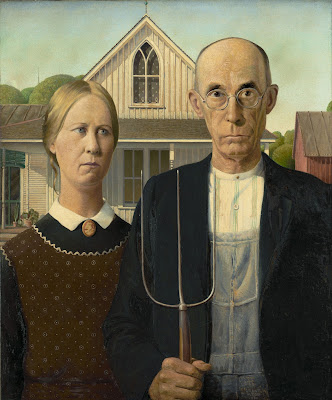 And so to the Royal Academy for America after the Fall: Painting in the 1930s. Or, let’s be honest, to see one painting, Grant Wood’s American Gothic, which as any file kno depicts the artist’s sister and the artist’s dentist, dolled up as bloody miserable farmers. And so there’s a fluctuating knotlet of gawpers around this one painting and by the time you edge your way between an elbow and a buttock to see it, a sense of disappointment is on the cards. Especially because a far better, more memorable and disturbing picture by Wood, Daughters of Revolution, is on the opposite wall, getting none of the love.

It reminds me of when I first went to the Louvre, at the age of 13. Obviously I took a peep at the Mona bloody Lisa, because that’s what you do, and I reacted the way everybody else does, remarking on how small and brown it is, and going off to look at the Davids instead, because they’re more fun (even if Napoleon is basically Hitler with a better tailor). And, just a few weeks ago, finally getting to see Lord Leighton’s Flaming June in situ at the artist’s gaff near Holland Park, on a brief respite from its Puerto Rican exile. Yes, yes, it’s a nice enough painting and it’s definitely fun to see it displayed exactly as it would have been in Leighton’s studio, but again it’s some of the other, less familiar images, such as Twixt Hope and Fear, with its subject’s bold, almost accusatory gaze, that catch the imagination. 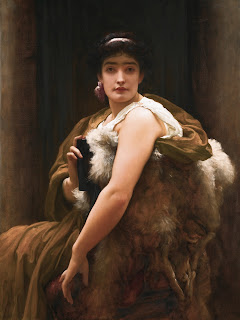 So what’s my bloody problem? Why can’t I respond with appropriate reverence to something that’s widely hailed as a masterpiece? Is it just that I’m already bored with its very ubiquity, its status as a tea towel, a fridge magnet, a meme? Am I so hungry for new sensations that when I go to a gallery I demand to be surprised? And yet, if American Gothic hadn’t been in the exhibition, I probably wouldn’t have gone. Maybe that’s the deal; big ticket paintings act as a sort of aesthetic loss leader, getting in punters whose imagination is instead grabbed by something else.