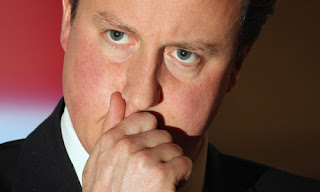 “The trouble with Twitter, the instantness of it - too many twits might make a twat.”
If we can leave aside for a moment the propriety of the Leader of the Opposition giving it a bit of the old Anglo-Saxon on live radio, I think there’s a more pressing question here. The sheer, unabashed, eating-your-own-eyelids-in-embarrassment crapness of the alleged joke for a start. Ian Duncan-Smith was Eric Morecambe compared to this guy.
Posted by Tim F at 11:35 am 5 comments:

Had completely forgotten this existed. Magnificent.
Posted by Tim F at 3:26 pm 6 comments:

It was quite simple, really: go into the front yard; open the front gate and put the wheelie bin outside; then get the bed linen off the drying-rack-thingy and bring it into the house.

It was only when the passing cyclist gave me that look that says in all languages of the world: “Why has that balding farang just wheeled his fully laden drying-rack-thingy out through the gate and put it where the bins go?” that I realised I might have been working too hard these last few weeks.
Posted by Tim F at 2:27 pm 8 comments:

But what I want to know is, what exactly is wrong with hype, snark and solipsism?

“...an age group that thrives on high drama, laughter and noise.” Were we like that at their age? Were we? I mean, laughter?
Posted by Tim F at 7:18 am 8 comments:

Worse than being talked about 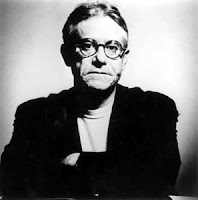 Well, that was fun. Contributing an article to an established site is often a bit like dangling your tender parts over a piranha tank, especially when the commenters on said site have a reputation for being a bit handy with their digital fists. But I was pleasantly surprised by the response when my article about the various flavours of criticism appeared on Drowned in Sound. “This is good,” they said. “This is a great piece.” “Yay!” Which is lovely, obviously, and much appreciated. And much nicer than the frightful things they were saying about John Robb’s piece. But hang on: I got 10 responses; Robb got 92.

Well, no real surprises there. People are always quicker to complain and criticise than to praise, especially in an online environment. But at the same time, part of me was bitterly jealous that nearly 10 times as many people wanted to eviscerate Robb than to tickle me under the chin.

But then I looked closer. Most of the comments under Robb’s article weren’t really about what he’d said. They started off that way, but then went down a meandering path of mutual antipathy, with straw men and sock puppets aplenty. And it got me thinking about all sorts of things: about why we measure our online successes in terms of the number of responses; whether it’s better to be hated or ignored; and also about how in Web 2.0, the important thing isn’t the discrete packets of information, but the connections between them.

Which of course got me thinking about Patroclus and her retirement from the blogosphere. I don’t thing she was the first person to comment on this blog, but she was an early adopter. She was the one who introduced me to the idea of the blog as conversation, and to the dialectics and rhizomatics that make it annoy old media hacks so much. Her graceful exit is a bit like Flintoff’s decision to abdicate from Test cricket; a little bit of sunshine has gone out.

PS: The hoo-ha over the Robb article might have obscured the fact that the best article of the whole onslaught was this one, by Chris Roberts – and he’s got the same number of responses as I did.

PPS: Another cracker from the Telegraph obituary barrel: “‘I'm just going for a haircut’, he would declare ostentatiously, before returning with the shorter of his two perouques.” 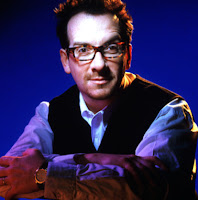 Well, that’s what I reckon, anyway

I feel a bit of a fraud if I’m asked for an opinion about films, not least because I’ve been so tangled up in recent months with writing about barely competent restaurants and 9/11 and the semiotics of the Millennium Dome and the sex life of a certain grumbly Canadian that I’m pretty sure the last actual feature film I watched – and I mean *watched*, all the way from the lion’s roar to the third assistant dolly grip’s therapist was probably The Wrestler, which was in – Jesus – February. And now, come to think of it, I’m not even sure if I did actually make it to the end. According to my write-up, the DVD stuck a few minutes before the climax. But I know what happened. Maybe I dreamed it. (Talking of which, my dreams are becoming ever more banal; a few nights ago, I dreamed that I was 10 years older than I actually am. That’s it. Nothing actually happened, I just stood there, being a bit older. There wasn’t even a mirror to satisfy my curiosity.)

Anyway, yeah, films. Despite my current lack of engagement with the medium, I’m still an intellectual slag, so I was delighted to pitch in when Iain Stott asked me to contribute to his 50 Greatest Films project; if you’re really interested, you can see my contribution here. (And I know I didn’t pick 50, but Iain said that was cool, so leave me alone, OK? And I didn’t include The Wrestler, but I did include The Road Home, so that explains the poster, OK, again?)

As Iain points out, there were over 3,000 different films across the various lists, with more than half of those only being selected once. And yet everyone knew that when the overall Top 50 was collated, Citizen Kane would be at the top, and there’d be at least one each from Hitchcock, Kurosawa and Kubrick, because, well, that’s the way these lists go. There’s bound to be someone working at the nexus of anthropology and statistics who could tell you why it always happens.

Strangely, this predictable clumping around the upper reaches is less common in music lists (although the Rolling Stone Top 500 Albums of 2003 was rather magnificent in its canonical conservatism). I don’t know if anybody’s going to ponder why this may be over the next few days, as Everett peppers Drowned In Sound with his and others’ thoughts on the future of music criticism. Again, I’ve been given a small corner of the proceedings, although the only real value of my piece is that it resuscitates David Lee Roth’s most resonant contribution to cultural discourse; I’ll link to it when/if it goes up. Far better is Neil Kulkarni’s guide to being a record reviewer. Although he doesn’t talk about David Lee Roth. Or even Sammy Hagar. But do check it out anyway.

PPS: More importantly, the Poly Styrene of the Blogosphere seems to have knocked it on the head. Again. But this time, I sense she means it. Poo.
Posted by Tim F at 1:24 pm 5 comments:

Tear him for his bad verses

“Any reviewer who expresses rage and loathing for a novel is preposterous. He or she is like a person who has put on full armor and attacked a hot fudge sundae.” (Kurt Vonnegut)

But surely that also applies to those who rage against the review? I know, somebody read this post back to me in a few months’ time...

PS: And look! A respectable reason for non-gynaecologists to read Playboy! 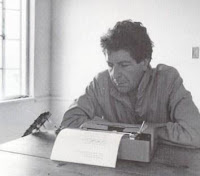 The wrong sort of clever

“...a thinly veiled comment about how important it is to wrap things up nicely - to write only what you can write in the duration of a Sats exam.”

I think I’ve found the story that encapsulates what’s wrong with education in the UK. Read this.
Posted by Tim F at 6:19 am 5 comments:

Email ThisBlogThis!Share to TwitterShare to FacebookShare to Pinterest
Labels: education

Well, the year’s half done, and it’s customary at times like this to start beating yourself up and griping about all the New Year resolutions you haven’t kept and how you just haven’t achieved anything so far and how life is slipping away and it’s like a record and you’re edging towards the play-out groove and the record seems to be speeding up 33-45-78 and you still haven’t worked out what the tune is.

Well, bollocks to that. I’ve done rather a lot so far this year. And there’s more to come. So there.

But what I haven’t done, for several years, is a job. I mean, a proper, salaried, where-do-you-see-yourself-in-five-years, office party, annual evaluation job job. I sort of miss it. Maybe I should have another go. Except that I’m crap at selling myself (or anything else, for that matter), so I’m rather in awe of people like this: