To reject is to reject 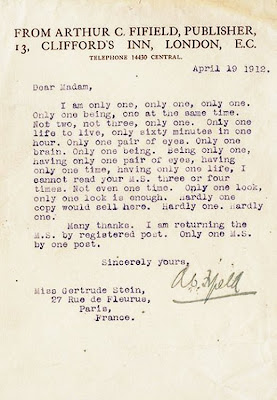 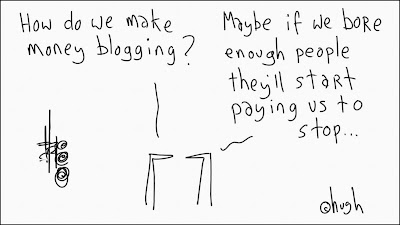 The New York Times solicits a number of viewpoints on the apparent decline of blogging among the young:


Kim Hou, a high school senior in San Francisco, said she quit blogging months ago, but acknowledged that she continued to post fashion photos on Tumblr. “It’s different from blogging because it’s easier to use,” she said. “With blogging you have to write, and this is just images. Some people write some phrases or some quotes, but that’s it.”

Ah, that pesky “having to write” thing. There may be a useful analogy with cricket here. When the one-day form of the game began in the 1960s, traditionalists grumbled that it was a tawdry concession to the shrinking attention spans of the young, and that it would cause the end of the traditional first-class game (for which, read conventional news media).  Except that it didn’t really, although  Test cricket did feel the pressure for a while. Then, as if from nowhere, 20/20 cricket (Twitter, Tumblr, etc) arrived with its cheerleaders and fireworks, catering to even shorter attention spans, and suddenly it was one-day cricket that looked staid and tired, and pundits wonder whether the current World Cup might be the last. Ach, tell me I’m worrying about nothing. Blogging isn’t actually dying as such – it’s just that, in the words of cricket lover Ian Faith, its appeal is becoming more selective.

So this is the future:

The Midwich Cuckoos with marketing diplomas and a serious sense of entitlement.
Posted by Tim F at 12:11 am 7 comments:

Forget these feet of mine

Never Google yourself. All sorts of things might happen, like finding your name attached to a video called Boring Blockage. But at least that’s just a nominal coincidence for which I can’t be blamed.

The fun really comes when you return to an online conversation in which you took part but then abandoned and forgot, like a drunkard bellowing from the top deck of a passing bus. I don’t know what brought me to Dan Zarrella’s blog in October, but when I got there I just couldn’t resist. DZ had come up with figures to suggest that the response to social media posts is affected by the time of day they go up, with 9am being the optimum moment to attract traffic. I pointed out – not unreasonably, I think – that not everybody’s in the same time zone, which rather blunts the impact of his figures.

And then, of course, I forgot all about it. But my comment had attracted the attention of another of Dan’s readers, who responded thus:


How nice for you! [I’m guessing sarcasm here.] I can’t imagine, however, that the majority of people who blog have similar readership profiles. Most of my readers live within 25 miles of me, so I’m definitely going to apply Dan’s advice to future posts.

Now, I’ve never been much of an eyeball whore, nor have I made any particular effort to widen the geographical reach of this blog. And yet – if the software can be trusted – people in 174 countries have availed themselves of the Cultural Snow experience. I would suggest that anyone who’s run an English-language blog for any length of time could report similar numbers. It’s a Google thing. It just happens.

So to maintain a readership profile with such a narrow reach is, in its own strange way, quite impressive. I’m all for hyper-local media, but surely even a site with such a remit must attract out-of-town trade, if only by accident? The person who responded to my comment came to Dan’s blog as a guest, so I don’t know what’s so special about his/her blog that would discourage people in the next big city from checking it out. And more to the point, if the readers really do come from a 25-mile radius, wouldn’t it just be easier to put a card up in the window of the local Post Office?
Posted by Tim F at 8:15 am 7 comments:

The best period to find work as an editor occurs within a very specific time frame in the twilight of a culture: after the point at which most people have stopped knowing how to write, but before the point at which nobody really cares any more. When the barbarians are at the gate, but they haven’t yet found the flowerpot under which you hide the key.
Posted by Tim F at 8:04 am 3 comments:

Because I’ve spent a big chunk of the past few weeks going to fancy-schmancy restaurants (I know, I know, pity me), I do find myself pondering even more deeply than usual the precise methods that allow us to identify some things (food, books, music, shoes, whatever) as just that little bit better than something else in the same category. Of course, ultimately it’s subjective, but equally, sometimes you don’t just *think* it or *feel* it, you know it. I’m thinking of two restaurants in particular, which for reasons of personal safety I’ll call X and Y. Both have hugely talented chefs, pay top money for the best ingredients and have helpful, charming, well-informed staff. And neither, needless to say, is exactly inexpensive.

So why do I know in my bones that X is better than Y? It’s something to do with the service: when a waiter at Y brings you a dish, the whole process is meticulously choreographed and scripted. I’m sure the staff at X have equally rigorous training, but it doesn’t show; or rather, you can’t see how it’s done. You can believe they’re serving you because they want to, because the transaction brings them as much pleasure as it does you. This may, of course, be a cruel illusion, but its one that is expertly sustained throughout the meal.

I could argue that it’s a matter of class, but that’s a pretty loaded word, even more so in a hierarchical country such as Thailand than in the West. On the other hand, I’ve heard Americans use “classy” to describe someone who not only knows what fork to use, but also helps old ladies across the road. Maybe that’s more like it. OK, a brief anecdote that clarifies why restaurant X is classy. A few years ago, a group of wealthy Chinese businessmen dined there. At one point, one of them snapped his fingers to summon a waiter. The waiter began to respond, but the maître d interposed himself, appeared at the businessman’s side and asked: “I’m sorry, sir, have you lost your dog?”

Of course, it’s very easy to turn this into a declaration that a certain kind of person isn’t allowed to play with the pretty, sparkly trappings of high living or high culture. From the New Yorker a couple of months back, Kelefa Sanneh discusses Jay-Z’s book Decoded:


One day four years ago, Jay-Z was reading The Economist when he came across an article bearing the heading “Bubbles and Bling.” The article was about Cristal, the expensive champagne that figured in the rhymes of Jay-Z and other prominent rappers. In the article, Frédéric Rouzaud, the managing director of the winery behind Cristal, was asked whether these unsought endorsements might hurt his brand. “That’s a good question, but what can we do? We can’t forbid people from buying it,” he said, adding, slyly, “I’m sure Dom Pérignon or Krug would be delighted to have their business.” Jay-Z was irritated enough that he released a statement vowing never to drink Cristal again, and he started removing references to Cristal from his old lyrics during concerts. (He eventually switched his endorsement to Armand de Brignac.) In Jay-Z’s view, Rouzaud had not only insulted hip-hop culture; he had violated an unspoken promotional arrangement. “We used their brand as a signifier of luxury and they got free advertising and credibility every time we mentioned it,” he writes. “We were trading cachet.” (Actually, the book, not free of typos, says “cache.”)

It’s that last sentence that really puts the knife in. The problem with Jay-Z isn’t that he’s black, or a rapper (Sanneh is a black hip-hop fan), or even that he’s so crass as to discuss the mechanics of product placement in the open. And the matter of whether he can tell Cristal from Krug in a blind tasting is left unraised. Sanneh’s complaint is that he can’t be arsed to hire a decent proof-reader, which betrays a lack of respect for his reader. Not classy.

To be fair, in Jay-Z’s celebrity world, one might have to trade class – however you define it – for credibility. His latest protégé, Hugo, has raised a few eyebrows, bluegrass reimaginings of hip-hop million-sellers not necessarily being what you’d expect from the English-educated spawn of Thai aristocracy. I met him at a party a few weeks ago (Hugo, not Mr Zed); he’s frightfully well-spoken, far posher than I am. I didn’t check on his spelling skills, but I bet he’d never snap his fingers at a waiter.
Posted by Tim F at 9:47 am 3 comments:

...so they buy The Lurkers instead 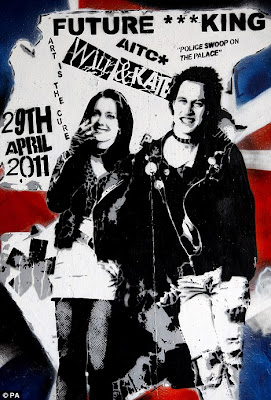 This offends me, but not necessarily for the reasons the Daily Mail might want me to be offended.

PS: Damn. Just realised that a better title would be something like “Kate and Sidney Pudding”.
Posted by Tim F at 7:12 am 4 comments:

Harmony in my head 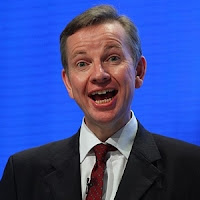 If I had to describe the King’s Singers to someone who had never heard of them, I would suggest an infinite number of Michael Goves saying the word “bong”.
Posted by Tim F at 8:36 am 5 comments:

This is the way

I did think about commenting on the not unexpected demise of the White Stripes, who were a jolly good band over at least two thirds of their recorded output, which is better than most manage. And I was wondering whether to post the wonderful Lego video that Michel Gondry made for ‘Fell In Love With A Girl’ but I reckon most of you have probably seen it. And then I found something along the same lines, but possibly better:

The end of the Milton Babbitt essay that I mentioned in the previous post has something to say about the duty of care that society has towards art and culture that might not have much mainstream appeal (the “why should Jack Vettriano fans subsidise abstract expressionism?” argument):


Admittedly, if this music is not supported, the whistling repertory of the man in the street will be little affected, the concert-going activity of the conspicuous consumer of musical culture will be little disturbed. But music will cease to evolve, and, in that important sense, will cease to live.

But does the man in the street still whistle? I haven’t heard him do it for years.
Posted by Tim F at 9:41 am 4 comments: