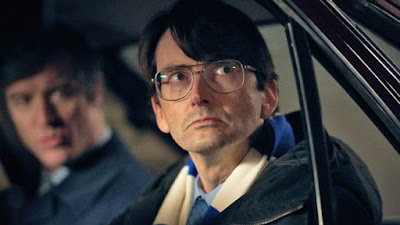 As is the fact that the main takeaway for some viewers from a drama about a serial killer is that there was too much smoking.
Posted by Tim F at 8:14 am No comments:

This could only be more depressing if she’d been studying, analysing etc Hard Times.


Fuming right now as 15 year old daughter has spent 9 months studying , analysing etc “Pride And Prejudice” which has been a complete waste of her time as it has been removed from the GCSE.
— Helen Fulgoni (@HelenFulgoni) September 12, 2020

The new guidelines to ensure diversity in Oscar-nominated films seem to be laudable, in intent at least. For a film to get a nod, it will need to ensure that more women, ethnic minorities, LGBT people and those with disabilities will be involved on screen or as part of the production process.

But the fact that this comes a few months after Parasite won the Best Picture award suggests the application of these requirements may be trickier than it seems at first. Certainly, Bong Joon Ho’s social satire/thriller would have ticked at least some of the right boxes as far as the Academy is concerned; except that in South Korea, one of the most racially homogeneous countries in the world (96% of the population is ethnic Korean), it doesn’t really look that way. It’s a great film, it’s clearly not the sort of movie that would prompt the #OscarsSoWhite complaint, but, in terms of race, diverse it ain’t.

Parasite was the first film not in the English language to win the big prize, which can be seen as small green shoot of linguistic and cultural diversity poking through the concrete of Anglophone hegemony. But presumably, the only way in which such a film would qualify for next year’s awards would be to indulge in a gentle, well-intentioned moment of cultural colonialism, and apply strictly Western standards of what constitutes diversity. 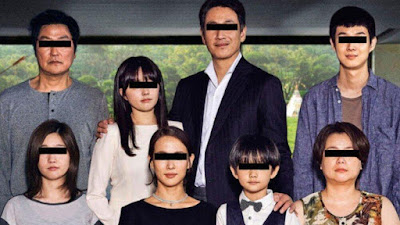 PS: In the Telegraph, Robbie Collin calculates how some other past winners would have fared:


Since Jews and Italians don’t count as under-represented these days, there’s bad news for The Godfather (and its sequel), Annie Hall and Schindler’s List, while the conspicuously un-woke Gone with the Wind and Driving Miss Daisy both pass with flying colours.

If people can’t stop themselves from talking and eating in cinemas, I don’t see how we can impose any kind of social distancing in the darkness, so I won’t be seeing Tenet on the big screen in the near future. Frank Cottrell-Boyce’s succinct review suggests that I’m not missing much, but at the same time, I’m intrigued...

#TENET is a PERFECT film if your idea of perfection is a radio play with stunts
— Frank Cottrell-Boyce (@frankcottrell_b) September 6, 2020 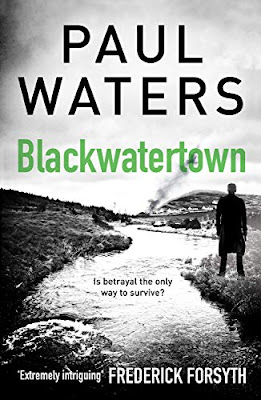 (Disclaimer: I’ve known Paul Waters for many years and I’m one of the many supporters who helped fund the publication of this book.)

Sinister goings-on in rural Northern Ireland aren’t exactly brand new territory for fiction writers (Colin Bateman comes to mind) but Paul Waters offer a sardonic yet sensitive take on the genre. His protagonist, Macken, is a Catholic cop in the predominantly Protestant Royal Ulster Constabulary, at a time when systemic bigotry against the religious minority was commonplace. Relocated to a village on the border with the Irish Republic, he follows his own private quest for truth while always being alert to his outsider status; a resurgence of IRA violence gives his colleagues plenty of excuses to query his loyalties. Love and a potential escape route arrive in the form of the enchanting Aoife, but will happiness ultimately be dashed from his grasp?

The location is crucial to the story. The nature of the border as an indistinct, liminal space – it defines the boundaries of the policemen’s authority, yet seems impossible to define itself – adds a sort of metaphysical oddness to what is essentially a period thriller, with the slightest whispers of Flann O’Brien. And I don’t think it’s too fanciful to see Thomas Hardy as an influence too, with the landscape as much an active, brooding participant in the narrative as the human characters. It’s grounded in the reality of time and place but, as the author reminds us in an afterword, it’s also a fiction, and the reader has to negotiate that fuzzy border too.

It’s not perfect. Sometimes Macken’s internal monologues can drag a little, and I suspect a more ruthless editor would have ordered Waters to slaughter his innocents and trim the length by 10 or 15 per cent. But the pace picks up smartly in the last 100 or so pages with a succession of genuinely shocking (but ultimately plausible) plot twists and a rather beautiful, if melancholy, coda. If you want a thoughtful thriller peopled with believable, flawed characters rather than monochrome, two-fisted ciphers – and maybe a gentle history lesson on the side – read Blackwatertown.

PS: There’s another key plot point that plays around with the idea of fiction becoming a reality, that reminded me, of all things, of the last episode of The Wire, which is clearly a good thing but, y’know, spoilers.
Posted by Tim F at 2:04 pm No comments:

I’ll be honest, by the time the likes of Razorlight, Kasabian and the Pigeon Detectives were being touted as musical Next Big Things, I was already of an age where it would have felt undignified to care. So the Vice story about The Top 50 Greatest Landfill Indie Songs Of All Time was only of interest as an academic curiosity; I’m fascinated by the formation of cultural canons and this seemed to be a tongue-in-cheek exercise in imposing a hierarchy of significance on a genre that, the authors asserted was never particularly significant in the first place. The subhead refers to “the best most average songs in British music history”, which feels right. The fact that this came hot on the heels of the 25th anniversary of the Battle of Britpop – which really was significant, even if you didn’t want it to be – is another kick in the tender parts to The View, The Enemy and The Wombats. No useful book about Britain in the 1990s can fail to mention Blur and Oasis at length. I wrote a book about The Noughties and guitar bands of the era (I namechecked the Libertines and Franz Ferdinand) earned a single paragraph, which also feels about right.

But Maximo Park and Larrikin Love still have their doughty defenders. Step forward one Mark Beaumont, who was writing for NME at the time those bands arrived and is still somehow plying his trade within the cavernous husk that remains of that title. Beaumont asserts that even the use of the term “landfill indie” is “pure snobbery... sneeringly reductive”. To which the only sensible response is, Mark, you say that like it’s a bad thing. Snobbery and reductiveness are what ensured the NME mattered in its glory days in the 1970s/80s. It might not have been kind, it might not have made sense (aesthetic, cultural, historical, even financial), but it was critical statement, a line in the sand, a declaration that some things are good and some things are bad. Beaumont’s defence of Hard-Fi and The Holloways rests pretty much on the fact that people enjoyed them and it’s a bit horrid to say they shouldn’t have:


Don’t let all these jaded old gits tell you that your youth wasn’t as brilliant as theirs – I was watching you losing your shit to ‘Killamangiro’ from the Club NME DJ booth and it absolutely was. The ‘00s UK rock scene was as exciting, energised and unpredictable as Britpop or punk, and far more varied than both.

There’s a distinct sense here that Beaumont is not only asserting that the music mattered and still matters, but that he, Beaumont, also still matters, because he was there and the Club NME DJ booth was really the Lesser Free Trade Hall and The Good Mixer combined and you’re a jaded old git if you disagree. If only such a desperately quixotic, gloriously muddle-headed rage against the dying of the light had informed the music at the time, it might have been more interesting.


The NME could and should have become a British Pitchfork, but the diminishing of it to a wilfully illiterate fan letter to sub-Libertines, sub-Strokes haircut bands in the 00s - a total cultural reductionism at a time when alternative music was defined specifically by diversity - ensured that would never happen. The NME should still be relevant to the musical offspring of the exciting scenes back then - Trash, Green Man, FWD>>, the birth of grime, etc etc - instead it only speaks to a tiny cluster of wankers in Doherty trilbies pissing on their own shoes and repeating Chris Moyles jokes at some “sheeeeeyine” festival somewhere. Ugh.

PPS: I’ve just remembered, two decades ago I also indulged in a bit of narcissistic scene revisionism.   But at least I was aware of my own ridiculousness. At least I hope I was.
Posted by Tim F at 10:20 am No comments: