About West Side Story

The singer Sierra Boggess has pulled out of a forthcoming concert performance of West Side Story, in which she was due to play Maria, because she’s not of Hispanic heritage. Since about half the cast of the show are supposed to be Puerto Rican, this could be interesting.

Meanwhile, the actor Hank Azaria has said he’s thinking of stepping aside from the role of Apu in The Simpsons, because he’s not Indian. But a little brisk Googling reveals that Mr Azaria is a Sephardi Jew who can trace his ancestry back to the Ladino-speakers who were booted out of Spain in 1492. So, since he’s to some extent Hispanic, maybe he could play Maria.

(Yikes, I just remembered, I was riffing on this theme more than a decade ago.)
Posted by Tim F at 9:23 pm 2 comments:

I shall be stumbling onto your airwaves (assuming you listen to BBC Radio 4) at 3pm on Monday, April 30, for a heat of the evergreen quiz show Brain of Britain. Do listen, at the time or on the blessed iPlayer.

About Picasso, sort of

I went to the Picasso 1932 exhibition at Tate Modern yesterday and was going to write something about it but on the way there my attention was grabbed by a different kind of art; dear old, dreamy, enigmatic René Magritte, ripped off, recuperated, to sell yet more glossy, vacuous apartments. 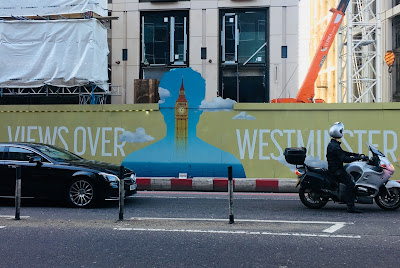 Anyway, my righteous indignation had eased a little by the time I got to the power station, and the Picasso show was good, a tightly packed capsule of life and creativity. We saw the ebb and flow of his little obsessions and what prompted them – he was seriously into octopuses for a few months – and the sheer volume of fact was delightful, from the make of his car to the fact that Carl Gustav Jung, of all people, wrote a really vicious review. And yet it was still tantalising in the details it missed; we learned that Picasso skipped the opening of his first Paris retrospective to go to the cinema – I wanted to know what film.

And, of course, the whole thing was sponsored by a big accountancy firm. So, maybe capitalism won in the end and we just have to live with the big dull flats and the bad Magritte clones. But I wouldn’t want to break the news to this enigmatic figure, for whom it’s still, clearly, all about the pictures.

PS: From Hyperallergic, more about what happens when art and capitalism and gentrification coincide.
Posted by Tim F at 8:26 am 2 comments:

Academic research is mainly a matter of finding stuff that people have already written about (so you can include proper references) but got wrong (so you can justify your own pathetic existence by disagreeing with them).
Posted by Tim F at 8:54 am No comments:

I’m generally allergic to anything that hints at the “modern art is bollocks, a three-year-old could do that” flavour of philistinism but this made me giggle.

I dropped a box of spaghetti on the ground and accidentally graduated from Art School. pic.twitter.com/X8NdjG6vdY
— Mr. Drinks On Me (@Mr_DrinksOnMe) 13 April 2018

About words and things

From Benjamin Woolley, Virtual Worlds: A Journey in Hype and Hyperreality (Oxford: Blackwell, 1992):


In the commonsense world of science and especially mathematics, ‘words’ really do not matter, because they represent no reality, they float above the surface of it. In the world of ‘theory’, however, the very opposite is true. Reality exists in language, in history, in culture, in all the contingencies of human action and creativity, in the very substance of Hamlet’s being, in ‘words, words, words’. A universal, objective reality, and the science that seeks to reveal it, was the great sustaining myth of the modern age. The question is, then, what happens to it when the myth is punctured, when the paradigm has shifted?

I haven’t seen the movie A Quiet Place yet, but the concept sounds fun and anything that shows up the noisy eaters has to be good. That said, it does reinforce the idea that silence per se is vanishingly rare; removing sound only reveals more sound beneath, as these Quakers found when they squeezed their 30 minutes of quiet into a podcast.

But, as usual, someone got there first: 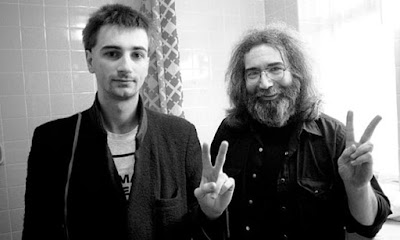 An article about the forthcoming sale of a sculpture by Jeff Koons describes him as “notoriously perfectionist”. I understand what they mean; Koons wants his art works to be just so, and he’s prepared to be a bit of a dick about it. But it implies that the end result he desires – and, presumably, gets – is ultimately a thing of wonder, rather than the pile of schlocky drivel that tends to occur. I mean, look at it. 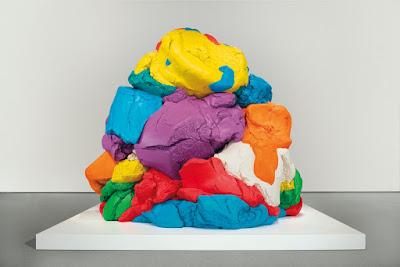