The documentary about the Fyre Festival farrago (in which hundreds of rich twits were persuaded to pay good money to trek out the Bahamas for a big party that didn’t happen, because some pretty ladies on Instagram said that was a good idea) prompts a couple of thoughts. 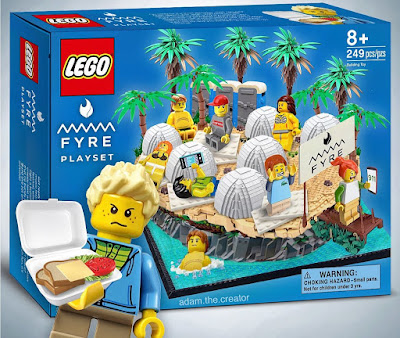 First, and sorry about this, but the whole thing is a perfect Baudrillardian simulacrum, in which the glossy, bikinis-and-jetskis imagery precedes and occludes a reality that, in the end, didn’t exist and never would. But, while the idea of flying out to a beach, staying in a wet tent and being fed bad cheese sandwiches isn’t exactly on my bucket list, the social media version of it, where influencers were paid good money to flaunt their bronzed, waxed, purged bodies to say how ruddy wondrous the whole thing was going to be, looked even worse. I’ve done bad camping. I survived. The other thing would have prompted a heady cocktail of aneurysm and psychosis irredeemable by any IG filter.

Also, the overriding feeling from watching footage of Billy McFarland, the man behind the whole thing, is that right up until the very last hours, he looks as if he believes it will really come off. It didn’t, which is why he’s currently doing six years as prisoner #91186-054 at the Federal Correctional Institution in Otisville, New York; but if a scammer manages to scam himself into believing his own hype, is he still really a scammer? 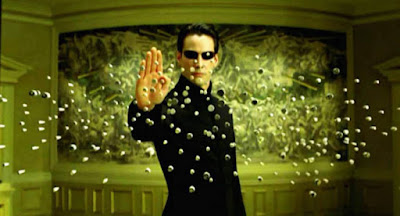 PS: A more recent Keanu offering gets a coruscating review that almost makes me want to see it...
Posted by Tim F at 2:08 pm No comments:

Thanks to, ahem, influencers such as Marie Kondo, chucking out all your crap and not buying any more appears to be the new veganism. And I see the attraction, although, once sparseness has stopped being trendy, they’ll just try to buy it all back again, so capitalism remains exquisitely unvanquished.


Do NOT listen to Marie Kondo or Konmari in relation to books. Fill your apartment & world with them. I don’t give a shite if you throw out your knickers and Tupperware but the woman is very misguided about BOOKS. Every human needs a v extensive library not clean, boring shelves
— Anakana Schofield (@AnakanaSchofiel) 3 January 2019

Can someone please present Marie Kondo with a copy of Anthony Powell's 1971 novel Books Do Furnish A Room? Then see if she implodes in a puff of anti-matter.
— Dickon Edwards (@dickon_edwards) 5 January 2019


Thinking about the Marie Kondo 'sparks joy' thing and thinking she's clearly never found an old 2000AD or Face mag at the bottom of a box up her mum's old loft and had a full-body Proustian rush that felt like actual time travel and is one of the most sublime feelings in life.

We should no longer be surprised that Artificial Intelligence is generating much of what we are encouraged to call “content”, whether it’s words or pictures (ceci n’est pas your mum). The tipping point comes when it’s not just the product, it’s the consumers who exist beyond meatspace. As Max Read reports in New York magazine:


Studies generally suggest that, year after year, less than 60 percent of web traffic is human; some years, according to some researchers, a healthy majority of it is bot. For a period of time in 2013, the Times reported this year, a full half of YouTube traffic was “bots masquerading as people,” a portion so high that employees feared an inflection point after which YouTube’s systems for detecting fraudulent traffic would begin to regard bot traffic as real and human traffic as fake. They called this hypothetical event “the Inversion.”

Which raises all sorts of questions: can there be a valid Turing test if neither party is human (but each assumes the other to be)? And does Baudrillard’s hyperreality become hyper fraudulent? (“Wasn’t it always?” chuckle the cynics.) And if we’re not brains in vats, could we just be phones in racks? 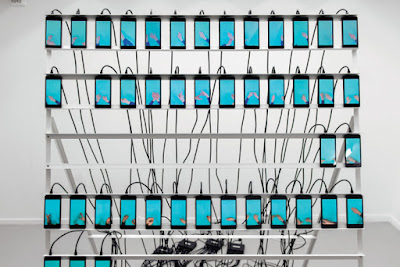 About high and low

I always loved the idea that TS Eliot was a devotee of the music hall star Marie Lloyd and the anarchic comic genius Groucho Marx (although their eventual meeting was a disappointment); also that Wittgenstein eventually tired of philosophy and mostly read hard-boiled detective fiction. And now I discover that Theodor Adorno, grumpy, pop-loathing mainstay of the Frankfurt School, watched at least one Gracie Fields film. I wonder whether he joined the fan club. 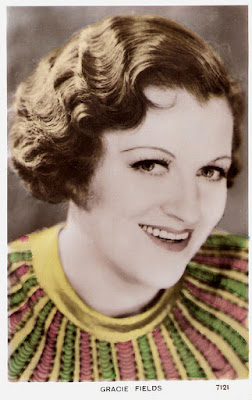