The Academy Awards have seldom been about what’s good in movie-making, more a barometer of, first of all, the internal politics of Hollywood, and later the wider politics of society. So I think it’s quite interesting that three of the four acting Oscars awarded at this year’s host-less event went to actors portraying characters who were gay or bisexual; and absolutely fascinating (and rather heartening) that hardly anyone remarked upon the fact because, well, so what?

PS: I’m aware that the precise sexuality of all of three of the real-life figures upon whom the characters were based has, at various times, been a matter of debate; but within the fiction of the films, none is heterosexual. 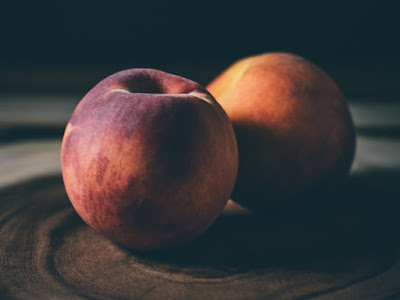 Most of what passes for my working life has involved writing and/or editing things about stuff that actually happened, more or less. So it’s been an interesting experience to have written something entirely made-up. Thanks to the splendid people at the Mechanics’ Institute Review.

You can read Nectarines here.
Posted by Tim F at 11:05 am No comments: 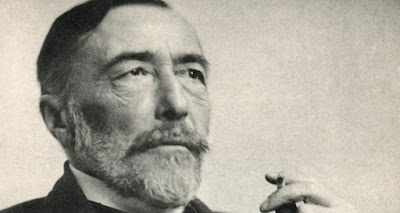 2. When Tokyo Disneyland first opened in 1983, rival theme park operators nicknamed it kurofune, a reference to the American “black ships” that forced Japan to open up to the wider world in the 19th century.
Posted by Tim F at 9:20 pm No comments:

Hello, my name is Graeme, I have a PhD in computing, and I am a senior accessibility consultant, but when I want to type "é" on a Windows laptop I go to Beyoncé's Wikipedia page and copy/paste the letter from there.
— Graeme Coleman (@graemecoleman) 20 February 2019

When I was about nine, a nice man in a British Rail uniform came to my primary school to talk to us about railway safety and how it was a pretty bad idea to trespass. He told us a few scary stories and showed us a few unpleasant pictures (not the seriously gruesome stuff, but plenty of stitches and broken bones), and then, just so we weren’t too traumatised, he put on a recording of ‘The Runaway Train’ and we all sang along.

A year later, or thereabouts, I was at secondary school, and the very same man came to talk to us. He gave us exactly the same talk, with exactly the same pictures. But he didn’t play ‘The Runaway Train’. He just warned us all to be careful, and left.

I think that’s the moment I realised this growing-up lark wasn’t so great after all.

John Hamilton, the art director at the publishing company Penguin Random House, has died. Someone whose work is known to more people than his name, one would think, and whose demise wouldn’t cause a major stir beyond his friends and family and the worlds of publishing and design. But, wait, what’s this in the Mirror?


Now Jamie [Oliver] has had more bad news with the loss of his friend John Hamilton...


...the celebrity chef paid a heartfelt tribute to John Hamilton, who was his art director at Penguin books...

And what’s this in Woman & Home?


...Jamie was struck by tragedy again, when he learned that John Hamilton...

We’re supposedly a less hierarchical, less deferential society these days but it seems that we’ve just built a whole new hierarchy, where a death can only be acknowledged if it makes a celebrity sad, and he says so on Instagram.
Posted by Tim F at 3:37 pm No comments: 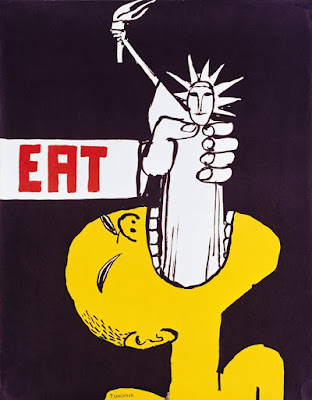 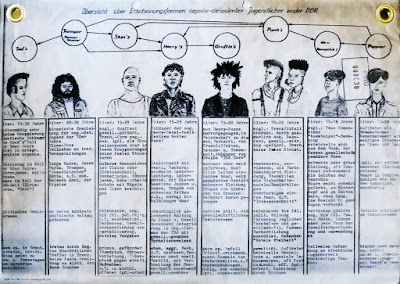 One of my favourite museums in the world is the DDR Museum in Berlin, a magnificent, pocket-sized attempt to replicate the tragicomic saga that was the East German state. So I’m lapping up this splendid Stasi guide to all the scary youth subcultures that threatened the Marxist paradise. Although by 1985, you’d think teddy boys and goths would be the least of their problems...
Posted by Tim F at 2:11 pm No comments:

A man in Arizona is objecting to an old photograph of coal miners in a bar because it reminds him of blackface. He accepts that the picture isn’t intended to represent blackface, but “a business’ photograph of men with blackened faces culturally says to me “Whites Only.” It says people like me are not welcome.” Ultimately, whatever the reality of what the image depicts (and we’re almost getting into Magritte territory here), “the context of the photograph is not the issue.” It’s a starting line, a springboard for a bigger, nastier conversation. Which is probably one we ought to have, but it makes people uncomfortable, so. nah, let’s just take down the photo.

A few days later, a piece in the New York Times traces a fairly convoluted line between blackface traditions and the soot-smeared chimney sweeps of Mary Poppins, rather ignoring the fact that, whatever the original intent of PL Travers, or Walt Disney, or long-forgotten vaudevillians, or even the blessed St Dick of Van Dyke, sweeps’ faces are black because of the nature of their work, not as part of a secret plot to ensure white superiority. Like the miners, they work with dirt. 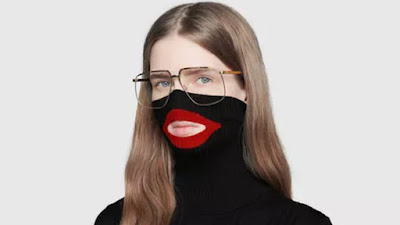 And just now, I read that Gucci is withdrawing a (frankly hideous but what do I know?) piece of clothing because it reminded somebody of blackface.

The argument is no longer about whether blackface was “just a harmless bit of fun” (it clearly wasn’t) but whether it was something so heinous that any cultural product that might accidentally remind someone that blackface even existed should be cast onto the scrapheap. Clearly this sets precedents. Should we ban the Beatles’ ‘Hey Jude’ because the refrain could prompt flashbacks to Kristallnacht? Or possibly consign the routines of Les Dawson to the margins, not because of his rather unenlightened attitude to his mother-in-law, but because his forename is still occasionally deployed as a homophobic slur?

Beyond the inevitable PC GORN MAD headlines, we need to remember that everything is offensive and hurtful to someone. Coalminers and chimney sweeps and designers of truly horrible jumpers may take offence at the brouhaha that’s arisen from these stories. But as Rashaad Thomas, the author of the article about the miners argues, the context is not the issue. How we respond is the issue.

And increasingly, my response is to search out the nearest coal mine and wonder what it’s like down there. 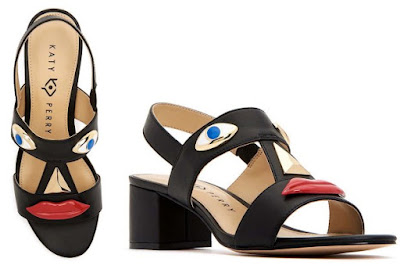