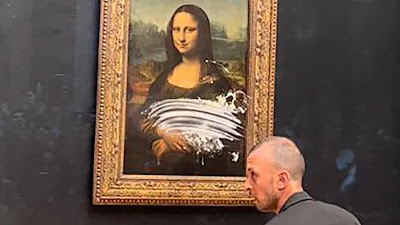 In the spirit of Georges Le Gloupier, a man dressed as an old lady yesterday leapt from his wheelchair and entarted the Mona Lisa, apparently with an environmental agenda. No harm done (the world's most overrated painting is protected by glass) but publicity was achieved, which was presumably the point.

Meanwhile, the good folk in charge of Stonehenge have projected images of the Queen onto the sarsens, annoying a few pagans and prompting derision from much of Twitter.

Question: which act was the more worthwhile (aesthetically or otherwise)? 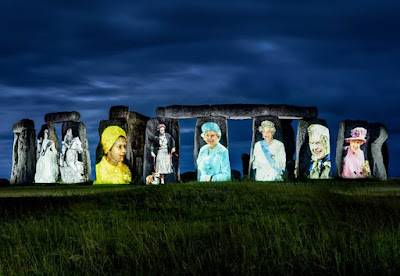 On the day it was revealed BBC4 is to be shifted into the online-only nowhere land, as BBC3 is welcomed back to the family of proper telly, this seemed horribly apposite. 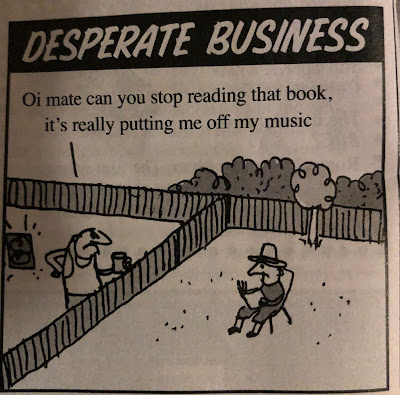 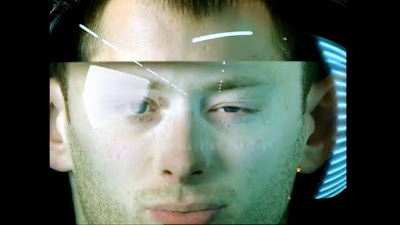 I’m really not that miffed about Radio 4 doing an hour-long documentary about the definitive Everything Turned Into Tuesday album OK Computer and not asking me to contribute, despite the fact I’m one of just two people to have written a book about the LP (and mine was longer). Looking at the roster, there are plenty of other qualified voices they left out. That’s fine.

But did they have to broadcast it on my birthday?

PS: If anyone’s interested, the French Radiohead documentary I appeared in a few years back has resurfaced, and is available on YouTube for a limited period.

About bits of films 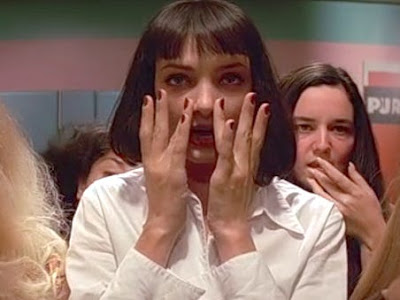 I'm a little baffled by the prospect of the entertainment Pulp Friction, which apparently offers all your favourite bits of Quentin Tarantino films, with cocktails to wash them down. Typical of modern culture, all bite-sized chunks, YouTube, TikTok, tiny attention spans, I grumble before staggering to the library to read a random 18th-century novel.

But what’s this? Sight and Sound lobs from its archives an article by the revered avant-garde film-maker Chris Marker, in which he just lists his favourite bits of films. The only difference is, no cocktails. And of course, the apparently-random-gobbets-of-stuff-I-like approach is pretty much what Georges Perec was about, so it must be OK, mustn't it?