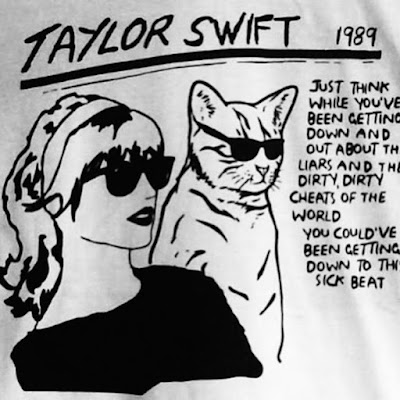 There’s been lots of chin-stroking happening about Ryan Adams covering Taylor Swift’s album 1989 — see this article for a quick taster. Boiled down, the mood is that while Adams intended his versions to be a salute to Swift’s songwriting ability, some critics don’t take it that way. Why does a cheery female pop artist need the validation of a glum bloke with a guitar before she’s taken seriously? (At a tangent, this is similar to the argument that Jeremy Corbyn’s defenders offered when he gave all the top Shadow Cabinet jobs to men — the assumption that the Foreign Office is somehow more prestigious than Education is in itself gendered. Well, hmmm.

The arguments do rather support my thesis that pop music is (maybe I mean should be) always less about music than it is about something else (gender, race, sexuality, teenage rebellion, whatever) because what’s at stake here is credibility. Earlier this month I was in Singapore (which is in itself a glossy cover version of a real city) and saw a performance by Postmodern Jukebox, an American ensemble that reworks modern pop tunes in a dizzying array of earlier styles. As the name suggests, there’s a mood of droll irony going on here, but the performers also appear to take a genuine joy in what they can do with the material — they’re working with it, not against it.


So is that OK? I’m kind of guessing that Ms Swift, who appears to be a pretty level-headed woman, doesn’t really give a toss as long as she gets paid. Although some people seem to believe I think too much about these things... 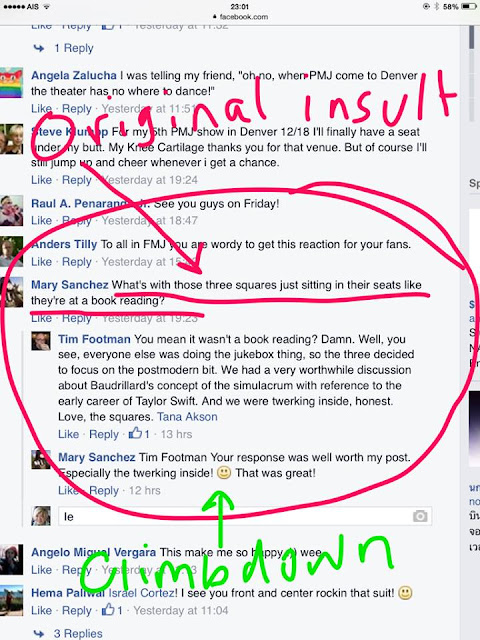