I’m not really a journalist, you know. I mean, every now and then I do something that might loosely be defined as journalism, but ultimately I’m a bit of a dilettante. I’ve never done any real training (rather like Johann Hari, then) or taken any exams to prove my mettle; and I never quite got round the joining the union.

So I’m not really sure how it would affect me if Ivan Lewis’s proposal, that seriously misbehaving journalists should be struck off, were actually to end up on the statute book. I mean, the people who tend to get struck off are the likes of lawyers and doctors, proper professionals who have to ascribe to codes of ethical conduct. Is journalism in the same sort of zone? I would have thought that proper, trained, accredited hacks would rather welcome such a move, as it protects their jobs from the predations of cheaper, untrained wannabes, but it seems that very few of them have a good word to say about Lewis‘s proposal – possibly wondering whether certain indiscretions in their own professional lives might, under a new regime, provoke expulsion from inky-fingered Eden. In any case, the details are far too blurry: would struck-off journalists just be banned from working for newspapers? All print media? Broadcast as well? And how the hell could you stop them writing for an online product? 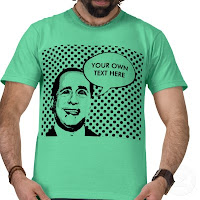 Talking of which, Italian lawmakers aligned with Silvio Berlusconi are trying to pass a clause that would enforce a right to reply for those who believe they’ve been defamed on a blog. The blogger would have just 48 hours to accept the submission, or face a potential fine of 12,000 euros. Which seems perfectly fair to me. If I’ve ever said anything horrid about you in nearly six years of blogging, please feel free to answer back in the receptacle provided. In Italian, though, naturally.

PS: Martin Moore of the Media Standards Trust on why a registry of journalists is a silly idea; Hari’s editor, however, seems pretty relaxed about the whole thing.
Posted by Tim F at 9:51 am

I would take it as a grave personal slight if you had not been offensive to me.

My one-time editor, Michael Gabbert, told me I had a "native, if unschooled, talent for writing." Shortly after setting up the Sunday Sport, with David Sullivan, he offered me a job, which I subsequently turned down. Looking back, I have no doubt it was for the best.