How soon is too? 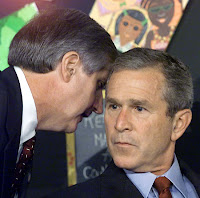 Odd. A Twitter account appears, apparently under the auspices of The Guardian. It is called @911tenyearsago. It describes the events of September 11, 2001, in real time, beginning with “Mohamed Atta and Abdulaziz al-Omari board American Airlines Flight 11 at Boston Logan airport” at 0735 EST. Reaction can best be characterised as surprise, rather than shock; but it picks up nearly 4,000 followers in a couple of hours, so there seems to be a level of interest. Flight 11 hits the North Tower at 0846; President Bush, preparing to enter the Florida classroom, is informed of this nine minutes later. And then... “This account of the events is now ending”. Time freezes at 0905, the South Tower unscathed, Flight 93 still chugging to San Francisco, oblivious to its fate, its role in history and folklore, its forthcoming movie career.

So what went wrong? Were there complaints? Did someone’s bad-taste radar go bleep? And if so, why? Why should an accurate, purely descriptive report of the events of 10 years ago upset people so? No hymns; no prayers; no flags at half-mast; no Paul Simon or James Taylor (baby-boomer sensibilities are more tender than those of mere mortals); no released doves. (Were there doves? There must have been doves at some point.) Feelings are permitted; the facts, suddenly, are verboten. Emotional fascism, Elvis Costello called it. Odd.

PS: The Onion gets it right, but doesn’t it always? And Sam Burnett puts things in their proper context.
Posted by Tim Footman at 5:27 pm

It's because everything that happened after that was holograms, man. Wake up, you sheeple! I mean, you sherson!

I think the problem was that it was a gimmicky and essentially pointless exercise that served more to promote The Guardian - if that was indeed who was responsible - than provide readers with anything of real worth.

The Onion had a brilliant article in the days folloing 9/11 where God lost patience. Wish I could find it.

Holograms is an anagram of shogmolar, amuchmorexotic. Makes you think, eh?

And none of the other media outlets were promoting themselves, Dan?

This one, Macy? Although it looks as if The Onion is building a paywall...