Persnickety perfectionist comment posters unite! Donate to a fund for full-time sub-editors for websites you’re charged nothing to read... 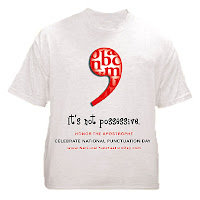 Well, um, yes and no. It must indeed be deeply galling to devote huge chunks of one’s free time to an online project that has brought entertainment and information to hundreds of thousands of readers, none of whom have paid you a farthing for the privilege, and then have one of them point out that in the midst of a 7,000-word retrospective on the career of the big lad who looks like a farmer from Boyzone, the author uses “affect” when she really means “effect” and thus must be a bad writer who knows nothing of the big lad’s work and thus the whole site is entirely worthless. And Adams does hint at one of the dirty little secrets of mainstream media, the fact that plenty of people who appear to be Good Writers (whatever that may mean) probably wouldn’t be labelled as such if it weren’t for the assistance of subs and fact-checkers and other mostly anonymous troubleshooters. Their contribution to journalism is as great as that of plastic surgeons to Hollywood, and don’t you forget it.

Moreover, as budgets at mainstream media outlets get tighter, while at the same time the sheer volume of content required increases, the need for such quality control become more transparently obvious. Every few days, it seems, a local newspaper somewhere outsources its sub-editing function, and the result is never an improvement (except, possibly, on the balance sheet). And then there are those established papers that have jumped on the blogwagon, but don’t feel the need to extend the benefits of an editorial once-over to those who huff and puff under their brand identity. I do find it amusing that Toby Young, who has become a standard bearer for the Free Schools movement, still makes egregious grammatical errors on his Telegraph blog, which are only eradicated after readers (the digital ghostbabies of Simon Heffer, perhaps?) have pointed them out.

But at the same time, that shouldn’t be a permanent get-out clause for writers who don’t have big money behind them. Andrew Keen and his like sneer at bloggers and other one-person bands because they’re not Proper Journalists, even when they’re not trying to be Proper Journalists (which is, of course, different from Good Writers, but that’s another thing). However, that doesn’t mean that bloggers don’t have a duty to use language accurately and appropriately, and even more importantly, to get their facts right, and to respond graciously if someone points out a mistake. To shrug and say, “What do you expect? It’s only a blog,” is to do the haters’ work for them, and reinforces an us-and-them scenario in online media which should have been redundant five years ago. (And incidentally, I know that’s not what Sean Adams was doing. He was, after all, decent enough to let me write a piece for him a while back.)

OK, you persnickety perfectionist comment posters, tell me what I’ve done wrong.
Posted by Tim F at 9:35 am

He has a point though. And the meaning is more important than the spelling shurely.
My membership of the Miserable Old Gits Club has been temporarily suspended....

Has anybody ever used the word cunts in the comments of your blog?

The contribution of subs to journalism is "as great as that of plastic surgeons to Hollywood". And yet, and yet... no one ever remember the lowly sub who often has to turn acres of shite into something good and wishes the grammatically-challenged journo had simply provided bullet points!

Journalism is a profession that is rife with cuntitude, sadly.

Yes Martin, he has a point, and yes, meaning is more important than spelling, but very often dodgy spelling and grammar conspire to derail meaning.

Well maybe he's clenching the standard between his bumcheeks, Annie.

My favourite moments, Hannah, are when the sub rescues the piece, and then the hack complains because it's unrecognisable.

@Tim: quite! Although when subbing I never had any complaints, as my job was to finish sentences, put in punctuation and generally make the then editor's pieces look like what they should be. As a result, the editor soon decided it wasn't worth her while even bothering to write anything... Not that I had any reason to complain though! That freelance gig kept me in work for months on end, reporting, writing features, subbing + proofing across several titles. And yes, this is the story when the editor suddenly has a leaving lunch and disappears into the ether. She was a very nice person mind you, but quite obviously fed up with her job.