Say it ain’t so

I’ve never had much time for the prim adage that insists if you can’t say something nice, don’t say anything. I can understand a principled objection to verbal bullying or witless abuse; but let’s face it, some things are crap and it doesn’t do anybody any good to deny the fact.

Not everyone agrees. In many Asian cultures, explicit criticism is taboo, especially when it’s expressed to the subject’s face. Several years ago, when I was working for a Thai magazine, I wrote a rather dismissive review of a business book, describing its content as parochial and accusing the author of a lack of intellectual curiosity. The editor was not pleased, demanding of me, “If this book is no good, why are we telling our readers about it?” 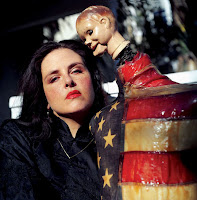 Of course, this isn’t an exclusively Asian phenomenon. In the mainstream media, it’s inevitable that the sincerely held opinion of an individual contributor will at some point come into conflict with the corporate party line, which may upset advertisers or disturb cosy relationships with political or business contacts. But there used to be ways around this. Several lifetimes ago, when I used to pen reviews for Mojo magazine, I was less than enthusiastic about an album by A Certain American Singer-Songwriter. When I filed the review, I was informed in no uncertain terms that the editor profoundly disagreed with my analysis; they subsequently ran a long interview with the artist in question, in which the album was drizzled with praise; in fact, it ended up as Mojo’s album of the year. But, to give them credit, they didn’t spike my original review, or even tone down its essential meh-ness. I was asked my opinion of the album, and I didn’t like it much, and I said so, and that was OK.

Things seem to have changed, even in the virtual world. Check out this review of the latest waxing by San Fran garage band The Fresh And Onlys, then scroll down to the response the journalist received when she submitted it to another music website: “...it was a little harsh, I can’t really post stuff that opinionated as we just won’t get anymore from the label.” (As I asked, how opinionated is stuff allowed to be these days?) And with the memory of Andrew Marr’s blogrant still fresh, we learn that the Washington Post has issued guidelines on how its journalists  should and shouldn’t make use of Twitter:


Even as we encourage everyone in the newsroom to embrace social media and relevant tools, it is absolutely vital to remember that the purpose of these Post-branded accounts is to use them as a platform to promote news, bring in user generated content and increase audience engagement with Post content.

Rather than using them to, you know, actually say stuff. I just wish I’d been able at the time to come up with a coherent reply to the editor who asked why we were reviewing bad books. Because if we don’t explain why the bad books are bad, we lose touch with any sense of critical dialogue or debate. If we don’t explain why the bad books or films or blogs or albums by Certain American Singer-Songwriters are bad, there is no context in which to decide why the good ones are good.
Posted by Tim Footman at 8:43 am

Absolutely spot on.. if you can't say what's bad, how on earth can you say what's good!

However, despite Andrew Marr's disparaging comments, I think honest thought is what blogging is all about.
Yes, there is an awful lot of rubbish posted on the web, but at least it is the last bastion of honest comment when the "paid for' press would just rather roll over for advertising revenue

I love Maria McKee's honey-coated voice, and have been driven to distraction by some of her crap albums post-Lone Justice. Each one I bought optimistically on the basis of a rapturous review, making them even more frustrating. I know that tastes vary, but I did wonder whether there wasn't someone on the same page as me, wishing she'd ever make anything as spine-tingling as "Breathe" again. But I digress.

I have to say that it's much more fun, as a reader, to read a pan than a rave. A truly great bad review is as satisfying as a perfect peanut brittle. But I guess magazines are more dependent on ads than subscribers for income.

As Patroclus will no doubt agree, if you use Twitter with your mind focused on promotion, you will lose the very audience you seek to promote to. The goal is not to jam more crap in people's faces, it's to engage with them. They ignore that at their peril.

Scott Walker had it spot on, methinks; 'The Drift' continues. Only this will be worse than that toward fascism in the 30s. You could argue against Mussolini, Hitler et al - indeed, be diametrically opposed to them. The new tyranny will be reasonable, inclusive and completely non-discriminatory. What's to disagree with?

We need to resurrect the spirit of Orwell, I think. One likes to think he would have been brave enough to insist that modernity dispenses with the virtues of truth and honesty at its peril. Let's hope Vinny Cable's conscience can hear the distant whisper of the big O when he decides the fate of Britain's media. We may not be able to, but Murdoch will soon be able to say exactly what he likes. It's not just the state that will be shrinking then, but the spectrum for dissention and debate.

Still, it's not all bad news; Thatcher's on the way out at least. (Fingers crossed...)

RE: 'If this book is no good, why are we telling our readers about it?'

But wouldn't it be good if people only wrote about things they like? Why give bad stuff the air time?

As a movie critic, I like to think that I am always right. But in reality, there are as many different critiques as there are people who watch movies. Blogs are a chance to give voice to all opinions regardless of media acceptance and/or writing ability. It gives us a feeling that all opinions are equally worthy of consideration which in turn promotes further development of individual opinions.
It is a very fortunate delusion, in my opinion.

Sound point, Steve. Most bloggers don’t see themselves as primary news sources, and don’t want to be – that’s the job of journalists. But do said journalists also deserve a monopoly on comment, elucidation, response, satire?

Glad someone identified ACAS-S, Valerie. I seem to remember that the gist of my review was that the album didn’t do justice to her undoubted talent. Which is hardly a mindless slagging.

Good points, Bob. We’ve already been seduced (reasonably, inclusively) by the "truth" that savage cuts are a) entirely necessary and b) entirely the fault of the previous administration. A) is debatable (see Ireland); b) is just pish.

Chris: You need to give some airtime to the bad stuff to create a basis for creative analysis. The idea that every song you hear, every book you read, every meal you eat is wonderful is an attractive one when you’re about six years old, but it hardly prepares you for reality. It’s like everyone getting 100% in their exams. Pleasant, but pointless.

Not all opinions are equal, MWB, but all should have a chance to be tossed into the digital pot.

I remember a review I wrote of Chas'n'Dave gig getting spiked by a local newspaper because I could hardly find a good word to say about them. To be honest, I didn't really mind.

As for the guidelines on using social media - this exchange on Facebook between BBC types made me smile:

JOE BLOGGS
Joe Bloggs duly notes the latest guiedlines on not bringing the Beeb into disrepute on facebook, but in return expects the bkloody canteen not to bring my poor stomach into disrepute. been up half the night after one of their shit sarnies...
Thursday at 8:50am...

Bob Other
Simples.
Remove the BBC as your network on Facebook. We all know, of course, that you are a lefty workshy Beeb mind-drone with a gold-plated pension (hohoho!), but the authoritarian, facist, redneck, wideloads at the Mail won't know.
Oh.You've got lots of bylines on the BBC website. Tough luck Joe.

(Not really Joe or Bob, in case there happen to be such real people at the BBC.)

What I wanted to suggest (except I was at work on a short break & didn't have time) is that the choice of what you write about is a critical act. For a blogger, at an individual level, for a magazine / paper, at an editorial one - which, sure, will give more interesting conflicts, just as the individual response is more likely to be genuinely enthusiastic.

This relates to your Barry Norman post, too - if there is a reading list of books / records / films for the season, obviously it is useful to have someone debunk the tat. But there is so much STUFF AVAILABLE ALL AT ONCE now that is there really anyone who doesn't assume that it is all going to be tat unless someone sensible pipes up with a good word? Maybe it's just me.

I'm not sure which state of affairs I prefer, but I just wanted to stick up for ignoring bad stuff. Universities do it too, you know.

Chris: Good point about selection being a critical act. But in reality, some of the selection is already done for you. If you're running a weekly review section of new 'literary fiction', you're almost duty bound to mention a new Margaret Atwood or Martin Amis – the readers would want you to have a pretty good reason for it not being there. If you had a policy of only writing about the good stuff, and the new Atwood or Amis turned out to be crap, you‘d at least have to explain why you left it out, acknowledging its badness.

Similarly something like the Michelin Guide. It's meant to be a guide to the best restaurants, but if the Fat Duck or Le Manoir didn't appear, the implicit statement would be that they weren't good enough. Their scent would be hovering over the book even if they didn't appear in the pages.

You're right, but the literary examples you give are people who owe their fame to pre-web media. One thing the web might turn out to mean, though, is the breakdown of a cultural context. Like Simon Reynolds' description of what has happened to pop music over the last few decades:

Of course, literature is not pop music (it moves far more slowly, is harder to produce and is more culturally / academically buttressed), but it will be interesting to see if a similar thing happens to it eventually. In thirty years' time, will there be authors from this decade who would be as inarguably un-ignorable for a literary e-supplement?

Restaurants are probably safe enough, though. Maybe they will serve literary e-supplements with the bill instead of mints.