Asperger’s syndrome, we are informed, is to be removed from Diagnostic and Statistical Manual of Mental Disorders, which essentially means that psychiatrists in the United States will no longer be able to use it to end the sentence “You’ve got –––.” Lucy Berrington of the Asperger’s Association of New England expresses the disquiet of many, although the points being made bounce around somewhere on the border between Orwell’s Newspeak and Anselm’s ontological argument; if there suddenly isn’t a word for something, does it cease to exist? However, Ms Berrington rather capsizes her argument by placing Asperger’s in “the parade of neurologically based eccentricities”, which seems to support the notion that it’s not so much an illness, more a harmless personality trait, rather like an excessive fondness for a particular TV show. She also uses – several times – the phrase “the Asperger’s community” which, since one of the characteristics of people with the condition is social ineptitude, I find rather amusing. Sorry about that. (If you’re interested, I dealt with the whole community malarkey a few years back.)

Under the rules in place today, any nerd, any withdrawn, bookish kid, can have Asperger syndrome... The definition should be narrowed. I don’t want a kid with mild autism to go untreated. But I don’t want a school psychologist to give a clumsy, lonely teenager a description of his mind that isn’t true.

And I rather see where he’s coming from. When I was about seven years old, my teachers expressed concern about my tendency to switch off in class, which sometimes manifested itself in wandering out of the classroom and hiding in the toilet. First they thought there might be something wrong with my bladder – nobody bothered to ascertain that I wasn’t actually doing anything in the toilet, just sitting and thinking – then they wondered whether I might be unable to cope with the work, which in those dim and distant days would mean I was educationally subnormal. So I had a little chat with the educational psychologist. Had I been 15 years younger though, she might have been able to reach for the rubber stamp that said “Asperger’s”, and I certainly fitted – and still fit – the bill for this and other autistic spectrum disorders: socially awkward; insensitive to the social clues that others give off; unable to make eye contact; physically uncoordinated; obsessed with factual trivia; quite fond of Doctor Who. That sort of thing. Instead, she declared that I was, in her considered professional opinion, “bored”. Which seems about right, although it hardly qualifies as an eccentricity, does it? Maybe they’ll let me join their community. 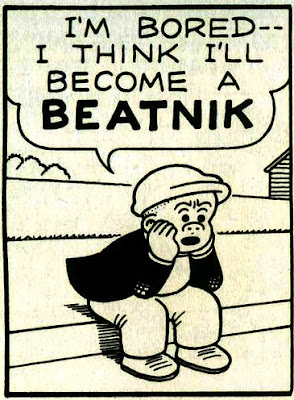 At least the invention of wifi means you can now be creative and write your blog from the toilet?

Really? Strange you are, undoubtedly, but I wouldn't have had to far up the autism spectrum. Well there you are.