Jim Thompson and the slap-up cream tea of stories 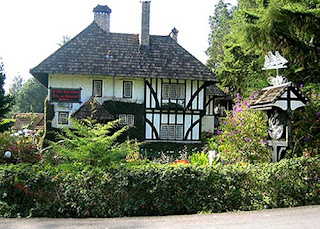 And we find ourselves in the Cameron Highlands, a weird but not unpleasant chunk of English countryside plonked down in the hills of northern Malaysia. The roadsides are dotted with hoardings promising cream teas and pick-your-own strawberries, and we enjoyed lunch in the mock-Tudor Smokehouse Hotel: mulligatawny, fish and chips, horse brasses and hunting scenes, to a soundtrack of ‘Kiss Me Goodnight, Sergeant-Major’. If we’d spotted Celia Johnson enjoying a chaste tryst with Trevor Howard it wouldn’t have felt out of place. 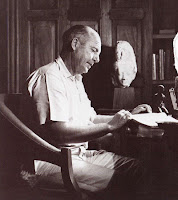 In the morning, we worked up an appetite with a walk to the Moonlight bungalow. It was from this remote house that the Bangkok-based silk tycoon Jim Thompson set out for his fateful stroll on Easter Sunday, 1967, never to be seen again. In the intervening years there have been dozens of theories to explain what happened to him, going from the banal (he had a heart attack and fell into a ravine) to the deliciously conspiratorial, involving the CIA, MI6, Communist insurgents, Taiwan, Indonesia, Nepal, drug smugglers, Freemasons, Opus Dei, Martians, take your pick. Our guide, who was 13 years old in 1967, firmly believes that Thompson staged his own disappearance because his own smuggling operations had created too many enemies.

Thompson has become a sort of Schrödinger’s cat figure, only persisting in the public imagination because nobody can agree what happened, suspended undead in the midst of multiple possible fates. And if any one of those possibilities were to be proved conclusively, everyone would lose interest and Thompson himself would fade from view.
Posted by Tim Footman at 11:31 am

Well I haven't seen him - please take more care of your neighbours.

He's shacked up somewhere, playing cards with Lord Lucan and the girls from Picnic at Hanging Rock.

Having a heart attack and falling into a ravine is still pretty cool. Not as good as doing it on a Segway, admittedly.

I can't think of anything more boring than being shacked up with Lord Lucan banging on about the good old days.

Yes, sorry Vicus. Must stop living next to ex-spooks. Jenny Agutter's on the other side, so I'd better be careful.

I have actually ridden a Segway, and I can see how it's done, Sam.

BWT: You could always smack him round the head and then claim to have mistaken him for someone else.