Music critic Simon Reynolds is sanguine regarding the threat that an AI program such as ChatGPT might present to his trade:

...A.I. has no need to write, either — no deep-seated motivation to put words on paper or on screen. The kind of texts it generates resemble what I think of as “motiveless” writing, like school homework, or advertorial. Proper music criticism, even if done to earn a living, is closer to the sort of willed writing that fills diaries, journals and poems — where the compulsion to write is internal rather than externally imposed.

Except that what he (and, if you were to put a gun to my head, I) would define as “proper music criticism” has been in retreat for years, squeezed out by the twin monsters of economics and technology in favour of, well, advertorial. Mr Reynolds may well survive the onslaught, but any number of lesser names may not be so lucky.

In other news, I had a go with the program, and this happened: 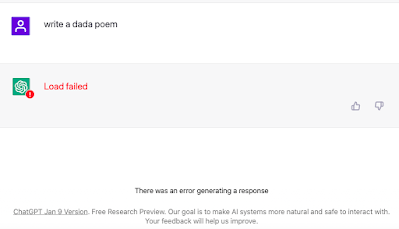 PS: Also this, from The Times. “Artistic types” indeed. 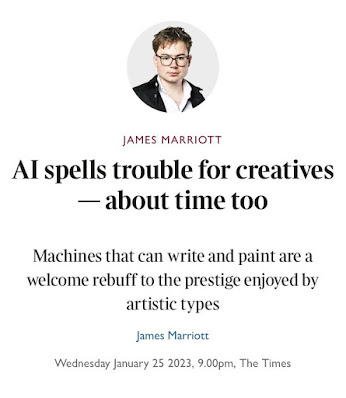