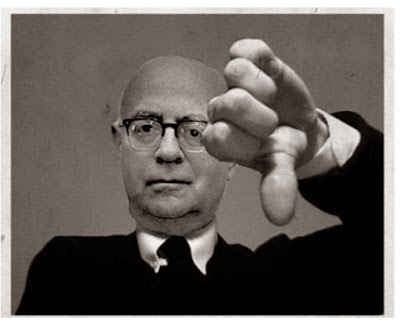 And in the space of a few days, I change my mind. Way back in the mists of last week, I mused over some people’s lack of curiosity when confronted by something they don’t know or don’t understand. But then, as part of my coursework, I read a piece by Adorno that made passing references to Karl Kraus and Paul Valéry and I was all at sea. In fact, I’d heard of both of them, although only vaguely: Kraus, I seemed to recall, had some connection with Frank Wedekind, the creator of Lulu (not the singer); Valéry I knew because Pierre Bayard had described his hilarious tribute to Anatole France, his predecessor at the Academie Francaise, which he delivered despite clearly not having read a word of France’s work. And if I hadn’t been aware of these molecules of fact, I could have Googled them, right?

But it’s not that straightforward. Adorno refers to “The strictures of Karl Kraus against freedom of the press”. What strictures? When? Where? Then: “If cultural criticism, even at its best with Valéry, sides with conservatism...” Well, that’s all very well, but could you give some examples, Theo? Of course, Adorno simply assumed his readers would know what he was talking about and in his time and place that was probably a valid assumption. There would have been a comfortable fuzz of connotations about Kraus and Valéry so that simply mentioning their names would have triggered the relevant context. And that’s not something that can be replicated by a mere search engine; not a search engine I've ever used, at least.

One thought though; if I’m expected to follow accurate MHRA-style reference guidelines when I’m writing about Adorno, wouldn’t it be nice if Adorno reciprocated?
Posted by Tim F at 8:50 am