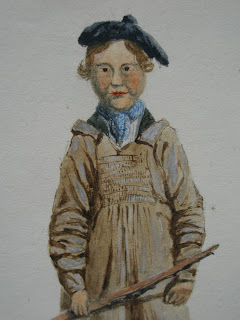 Now that mass media ensures most of us speak some variant of estuary, it’s hard to believe that less than 200 years ago, people from different parts of England would have had immense trouble understanding each other. Old House Books have republished a rather magnificent work from 1839 by one William Holloway, in which he sought to record examples of regional dialect, partly because he was aware that social upheavals would soon make English more homogeneous. Retitled Telling Dildrams and Talking Whiff-Whaff, with an introduction by the big daddy of modern linguistics David Crystal, it’s clearly a project of amateur enthusiasm rather than diligent scholarship on Holloway’s part. The author himself seems baffled by some of the definitions and derivations – “I never heard the word” he protests under the entry for punger, a Kent/Sussex term for a crab – and his grasp of the subject is also stronger for some parts of the country than others. But that doesn’t really matter, as the book will offer hours of delight to anyone who revels in the vast daftness of the English language.

Some of the entries are simply synonyms for words and concepts that are still familiar, but they deserve to be revived because they sound so magnificent. Just roll a couple of these round your mouth: clinkabell (icicle); flurch (abundance); grobble (to make holes); neezled (slightly intoxicated); rumgumptious (pompous); trollibags (tripe); aren’t they so much better than the words we use now? Others (askew, butter-fingered, dumpy, mug for a face, sack meaning dismissal) would require no explanation to a modern reader, so appear to have made the tricky transition from obscure regional dialect to standard usage since Holloway’s time. Handy insults abound, whether you’re confronted with a fudgy (“a little fat person”), a gobslotch (“such a one being apt to gobble his food”) or a loll-poop (“a sluggish, sedentary lounger”). But there are others where even the definition will leave the modern reader demanding a little more clarification: copper-clouts are glossed as “a kind of spatter-dashes, worn on the small of the leg”, loblolly is “any odd mixture of spoon-meat” and a cow-jockey is “a beast jobber”.

The last may sound a bit hog-grubbing (“swinishly sordid”), but early Victorian sensibilities demand that the sorts of words for which 12-year-old boys used to trawl dictionaries are absent. Where any sort of improper behaviour is under consideration, the good Mr Holloway is careful to highlight his own stern disapproval. A dolly-tripe, a mawks, a rubbacrock, a sosse-brangle and a trub are variously defined as sluts and slatterns while mending-the-muck-heap is

A coarse, vulgar, romping bout; where, if one falls down others fall over, till there is a promiscuous heap of either, or of both sexes, of course not always very delicate nor very decent.

which sounds pretty good to me. In fact, a number of words that we might expect to be indelicate turn out to be entirely innocent: crap is “a smart, sudden sound”; a pissmote is just an ant; to poo is to pull or pluck; and a shag is variously a cormorant, a blackguard or a humble piece of bread and cheese.

The whole collection brings to mind those writers who were adept at creating words that sounded crazy but plausible; it could be a concordance for Lear and Carroll, Joyce and Dahl, maybe even Rambling Syd Rumpo. So don’t be a pollrumptious grizzle-demundy. Just get yourself a copy of this lexicographic gape-seed and let’s see some of these words back in action. Otherwise I’ll become frampled and may even hit you with my plunt.

PS: And here’s some more fun with funny words. Hat tip to Samira Ahmed.
Posted by Tim F at 7:16 am

I'm glad you mentioned Rambling Syd, because he immediately sprag to mind reading this.

Yes - Roald Dahl's been nicking some of these.
Flurch works for me.

Thanks Tim. Just downloaded Holloway's "A General Dictionary of Provincialisms', from the Internet Archive. It now sits comfortably next to the Lexicon Balatronicum.

"people from different parts of England would have had immense trouble understanding each other"
I think you'll find this is still the case ;)

Billy: But are your gander parts fine?

BWT: Flurch is good for all of us.

I should stress, Martin, that the book in question is a delightfully crated hardback, something you won't get from a download.