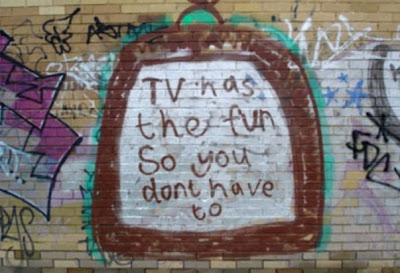 Marshall McLuhan was born 100 years ago this month. Here’s self-confessed McLuhagnostic and analogue native Roger Ebert to provide a personal/historical perspective – with the help of a couple of Russians – on MM’s “rearview-mirror” concept of the social and technological environment:


I grew up in a world of books, magazines, radio, black & white television, and movies that were shown in movie theaters. I was well enough established in that world that it created an “invisible environment.” It never occurred to me that there was anything new about those forms of media. When Gorky saw the first silent films, he called them “the Kingdom of Shadows,” and added: “If you only knew how strange it is to be there.” When Tolstoy saw a movie for the first time, he said: “You will see this little clicking contraption with the revolving handle will make a revolution in our life – in the life of writers. We shall have to adapt ourselves to the shadowy screen and the cold machine.” He rather liked movies. “The cinema has divined the mystery of motion. And that is its greatness.”

Have you ever (have I ever?) given much conscious thought to the fact that movies move? The very term “motion picture” was coined in a world in which pictures did not move. Yet within a few years after Gorky and Tolstoy saw the first films, Charlie Chaplin was the most famous man in the world, and nobody gave it a moment's thought. The invisible environment had changed to accommodate a new kind of visibility.

Or, as Douglas Adams put it:


...everything that’s already in the world when you’re born is just normal; anything that gets invented between then and before you turn thirty is incredibly exciting and creative and with any luck you can make a career out of it; anything that gets invented after you’re thirty is against the natural order of things and the beginning of the end of civilisation as we know it until it’s been around for about ten years when it gradually turns out to be alright really.

(Image from picturesofwalls.com.)
Posted by Tim F at 6:49 am

In that case I will wait 10 years before commenting.

Adams has a point, of course, but there's another way of describing it: as you get older you're able to recognise recurring patterns and are more inclined to be sceptical about this "great new thing" which is going to revolutionise life as we know it. You've heard this before and usually it's turned out to be nonsense spouted by people trying to sell you things.

TV manufacturing is a good example. The industry relies on us all replacing perfectly functioning TVs every five years or so, and is therefore desperate to constantly conjure up great new "advances" that make your current set obsolete. So put on your 3D glasses and shush.

God (or whatever)save us from becoming as Douglas Adams describes.