Two articles, straddling the new year, both of them speaking up for what the authors believe to be (want to be?) reality.

First, in yesterday's Telegraph, comes A.N. Wilson, suggesting that Wordsworth's acute perception and understanding of the world around him would have been lost if he'd had the digital world to distract him; essentially, that people who spend all their time playing computer games lack that "attentiveness to experience" necessary to write The Prelude.

Now, I must admit to a prejudice or two against Mr Wilson. I first became aware of him when I was about 15, and a fervent devotee of the neo-beatnik performance poetry craze. Wilson appeared on some TV arts show or another, discussing one of the Faber Hard Lines anthologies, which were full of saturnine young things juggling pungent couplets about unemployment and nuclear war and acne and the like. I thought this stuff was wonderful: Wilson, already settling comfortably into his young fogey persona, complained that it was "not very nice". "But dole queues aren't nice, you chinless ponce!" I bellowed at the telly, rather unpoetically.

Back then, at least Wilson had bothered to read those poems before dismissing them. By contrast, his grumbles about the web and Facebook and games seem to be based on a single sliver of knowledge: that they are Not Wordsworth. Oh, in the last line he demonstrates that he's heard of Bill Gates.

Now, this is an old game: John Stuart Mill used to ponder whether Homer was in fact better than pushpin (a variant on bagatelle), since the latter gave happiness to more people; and Christopher Ricks will always be remembered as the man who suggested that comparing Dylan with Keats might be a respectable use for a university salary. But Wilson's argument falls down under the most cursory examination. For a start, the internet and Wordsworth are not mutually exclusive: the simple fact that I can link to an online version of The Prelude is, I reckon, rather wonderful.

If Wilson were simply suggesting that Wordsworth is "better" in an aesthetic sense, or even "more important" than a computer game, I suppose I'd go along with him (although I've always had the feeling that Coleridge would be a more fun person to hang out with). But if his criterion for greatness is indeed "attentiveness to experience", who is to say that Wordsworth was more attentive to his flowers and fells than his modern counterpart might be to the ones and zeroes that make up her own experience of what it is to be alive, to be real? We're in a different bliss, a different dawn to be alive. 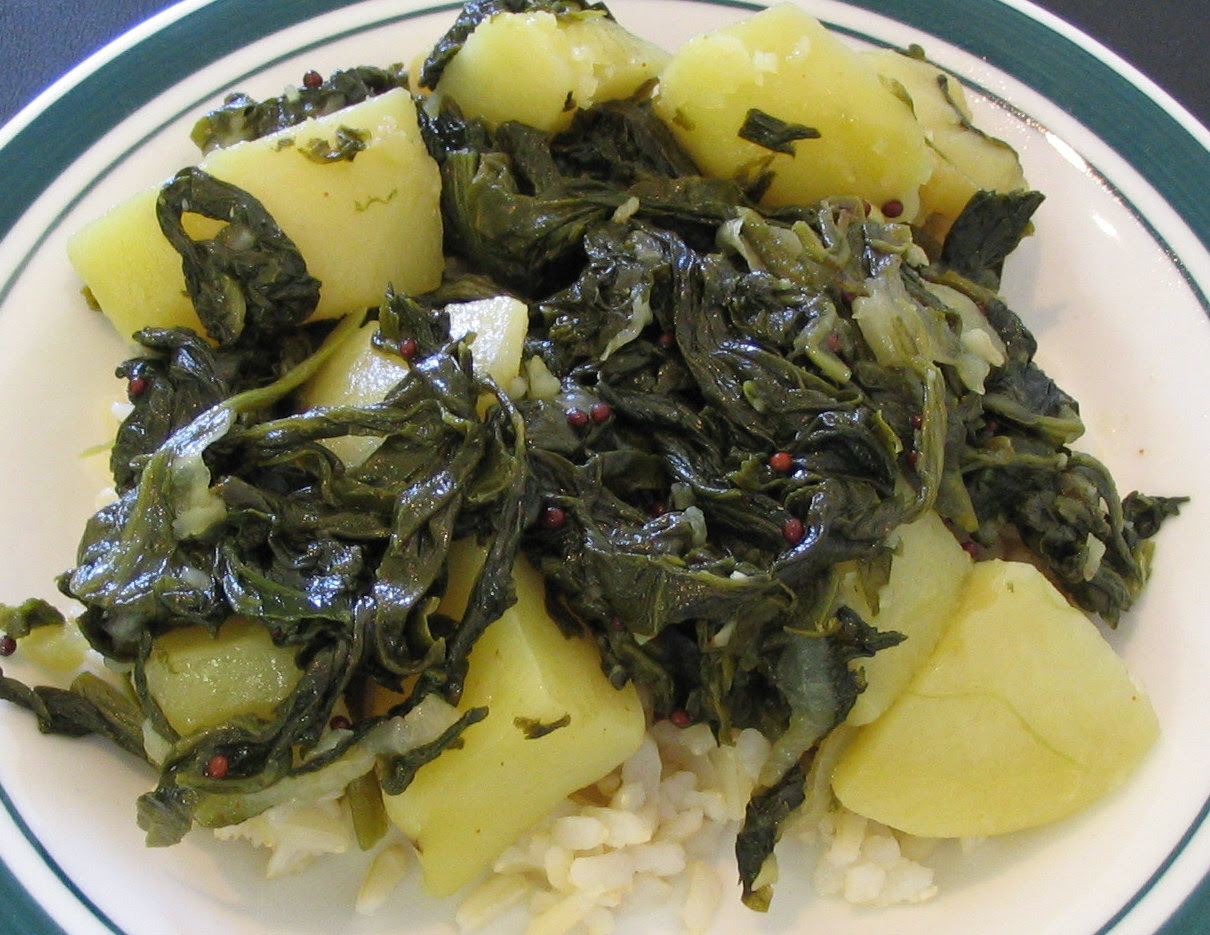 Then, in today's Guardian, Sarfraz Manzoor makes a much better argument for the real over the virtual, the analogue over the digital, by hymning the praises of something you can't get from a screen: food. Effectively, Wilson and Manzoor are making the same point, about the deficiencies of the online world, but the latter is far more compelling. Maybe it's because he namechecks Baudrillard. Maybe it's just that, deep down, I'll always prefer a good saag aloo to yet another bloody poem about daffodils.

And, on a slight tangent, Manzoor drops in a neat definition of reality: "that which when you stop believing in it does not go away". It's by Philip K Dick, one of those authors (also Nabokov, Vonnegut) into whom I really ought to dip a toe or two this year, whether or not A.N. Wilson would define them as "nice".
Posted by Tim F at 1:24 pm

Ooh, that Sarfraz Manzoor has got me all riled up. Firstly, given that he was a raving schizophrenic who thought he was being guided by an angel, I can't think of many people less qualified than Philip K Dick to be pressed into service to distinguish between what's 'real' and what isn't.

And thirdly, when my mum was dying and unable to eat, she spent hours and hours watching cookery programmes on TV, enjoying virtual food because real food was beyond her grasp.

I say 'real' reality isn't any more valid than 'virtual' reality; they're both equally real. S. Manzoor can stuff that in his frying pan and season it.

Dick? Ubik. All the others should be paying his daughter (Ms. Dick, a well-adjusted person by available accounts) royalties.

Patroclus: In that case I'd have thought that Wilson would have annoyed you more. He's privileging one mode of unreality (poetry) above another (computer games). Whereas what Manzoor is talking about is (unless we're going to go down the extreme Baudrillard route) objectively real. And yes, you can get pleasure from virtual food, cookbooks, etc, but surely you need at least a memory of the physical reality. I wouldn't get his piece about saag aloo unless I'd tasted saag aloo, or something similar to it.

Jun: I'm not giving my money to a well-adjusted person. That's just sick.

I really would like to see a Lewis Carroll or William Blake-style computer game.

The internet as a nutritional/dietary aid for the overweight, then? I like it. Then I could at least justify the time spend playing Motherlode.

Re: "That which when..." Just for the sake of argument, what's to say that that which DOES go away wasn't real while it was here?

Someday I hope to be deemed "not very nice" in a similary way. (A boy can dream)

Billy: The Hunting of the Snark, perhaps?

We're getting into Bishop Berkley territory here, Rimshot. If a dish of saag aloo goes off, and no-one's around to smell it...

Wilson is either startlingly ignorant or very arrogant. Some of his misconceptions are laughable such as indicating "fuze" is a spelling error when he could have checked it in a dictionary. Having finished After the Victorians, I realise it could have been 100 pages shorter if he cut out the lectures, point-pushing and needless verbosity.

Like many of those he writes about, he is clinging to the past and failing to move with the times. You can embrace technology and the web AND classic plays and poetry. They aren't mutually exclusive!

And he could do with brushing up on his grammar.