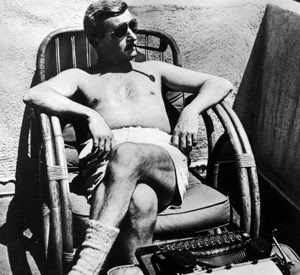 A court in Mississippi has ruled that Woody Allen was not committing an act of plagiarism when he interpolated a nine-word quotation by William Faulkner into the script of his 2011 movie Midnight in Paris. It seems like a pretty sensible decision overall; it’s not as if Allen was ripping off a whole book. It was more of an epigram, a verbal sample; and since the phrase was immediately attributed within the script, thus alerting viewers to its provenance, it may well have boosted sales of Faulkner’s books. (Faulkner died in 1962, by the way; is it just me, or does it seem that the estates of dead authors are far more sensitive and litigious in instances such as this than living writers ever are?)


Maybe they were just taking advantage of the fact that it was a direct quotation rather than the appropriation of a plot device or a philosophical idea. I’ve just started reading Gary Shteyngart’s Super Sad True Love Story, which includes this passage:

It contains seven words from the song in question, albeit rendered phonetically for comic effect, but I doubt whether the copyright holders would be considering legal action. If Shteyngart’s really lifted anything from another source, surely it’s from Bret Easton Ellis’s American Psycho, in which Patrick Bateman describes the same song as “...one of the best, most powerful songs ever written about self-preservation and dignity.” It’s a quote about a quote about a quote. And since the target markets for Ellis’s and Shteyngart’s respective products are probably pretty similar (consumers of witty, deadpan, pop-culture-referencing lit fic) I’m pretty certain that plenty of readers of the latter spotted a nod to the former. But if Ellis had taken exception to the apparent borrowing, could he have done anything about it?

Digital technology has made the wholesale purloining of music and movies and other works very easy, but well before that, droll, nose-tapping intertextuality had become an inescapable part of the creative process. The problem now is how to clamp down on the former without squashing the latter. What do you think, Whitney? 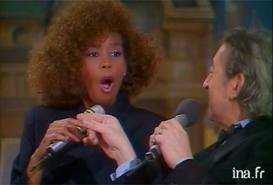