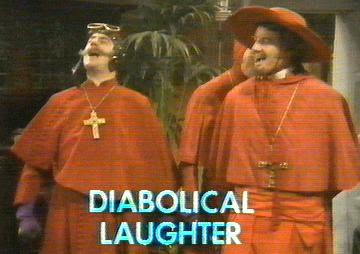 Amnesty International in New Zealand has come up with a neat idea. If you go to this site, your Facebook history is scanned and you find out which of your activities will mean you fall foul of the authorities in specific countries, and how many times you might risk imprisonment, torture or even execution. Of course, their app is simply searching for specific words, so it’s potentially as clunky as Facebook’s own attempts to determine what sort of person you might be from what you post, and thus which advertisers might have an interest in you.

For example, because I had expressed a fondness for the popular beat combo XTC, the Amnesty bot decided that I take drugs. XTC = ecstasy, geddit? Also in the likes list was gospel music, as a result of which I am assumed to be a Christian. Now neither of these is the case, which at first implies a certain flaw in the whole thing. But then you realise what it really means; if a state decides that being a Christian is against the law, you don’t actually need to be a Christian to fall foul of that law. In just needs an authority figure to infer that you’re a Christian, perhaps from your CD collection. Oppression is just as bad when it’s incompetent, arbitrary and misinformed as it is when it’s ruthlessly efficient.

And if you’re interested, by Amnesty’s calculation, for my online sins I’d be beaten 55 times, tortured 52 times, imprisoned 47 times and shot dead just the once.
Posted by Tim F at 7:29 am

I think you got off lightly

Amnesty's app refused to process my timeline citing the presence of Dan Brown and Coldplay. I'm clicking off to a hair weave link.

HA! What the Scurra said...

Now I'm off to see what kind of trouble I'm in for.

Good grief. A timely reminder of the potential nastiness out there. Here's hoping that your shooting comes first.

Maybe they haven't finished with me yet, Vicus.

Can you blame them Rog?

Or if you switch the order - just shot.
Do they advise how best to skip ahead to that bit?