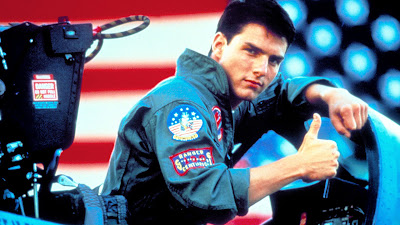 I hadn’t intended to say anything about Tony Scott, who has died in Los Angeles. That was until the tributes started rolling in, most of them praising his skills as a film-maker of merit, many seeming to wallow in the writers’ own memories of seeing these movies in the 80s and 90s, as if this period was some sort of lost Eden. This wasn’t just Ridley’s kid brother, they argued, not just a maker of loud, glossy, dumb action flicks; this was an auteur, a craftsman, the Welles of weaponry, the Bergman of blowing stuff up. The unexpectedness of his demise and its horrible circumstances seemed to have the makings of a Princess Diana phenomenon, as those who had derided Scott’s work during his lifetime attempted to make amends.

So I suggested, through the medium of a popular microblogging site, that while his death was sad and my sympathies went out to his family and friends, in my opinion he made rather a lot of rubbish films. And a number of people took exception to that; too soon, was the general theme.

Let’s be clear; I wasn’t kicking the man. I never knew him, but I’m happy to accept that he was a lovely bloke and he’ll be much missed. I did, however see many of his films. Some of them – True Romance, Enemy of the State, maybe The Hunger at a pinch – had their moments. Most were glossy and stupid and owed more to the traditions of MTV than MGM; when I heard the news of his death, a whole slew of titles came into my head and I had to sift through them to make sure I wasn’t thinking of Adrian Lyne or Joel Schumacher or Roger Donaldson, fellow ringmasters of flashy vacuity. But one of them stayed on the mental list, a film that I believe goes beyond not-very-good into the realms of the truly horrible. And that film is Top Gun.

Top Gun is often described by its fans as a guilty pleasure. I don’t really believe in such a concept; it’s perfectly OK to have favourite films (or books or music or whatever) that you know aren’t particularly good in any objective, critical sense. I’m unashamedly fond of several of the films of John Hughes, whose commercial peak was at around the same time as Scott’s, but I know that’s as much to do with where I was and who I was when I first saw them. They’re not that great, but they have a quirky attitude and an essential moral decency that remains modestly attractive.

No such defence is plausible when it comes to Top Gun. If Hughes’ take on the 80s centred on the beautiful losers on its periphery, Scott’s vision was the pure, glistening centre, Reagan and Thatcher and raw, shiny power. Quentin Tarantino’s ironic post hoc analysis of its supposed gay subtext only shows up its lumbering quasi-fascism; I’m reminded of another unworthy icon of mid-80s pop culture, the stadium concerts of Queen, fans of whom would punch you in the eye if you dared to suggest that Freddie Mercury was anything other than heterosexual. Some young bloods went into finance after they saw Oliver Stone’s Wall Street, believing that Gekko’s “greed is good” schtick was a genuine statement of moral purpose. We can laugh at them, but not at their contemporaries who joined the armed forces after seeing Top Gun. They got the message, loud – very loud – and clear. The US Navy even set up recruiting booths in cinema foyers. I wouldn’t go so far as to say that people who like Top Gun can’t be friends of mine; but they’d have to try that bit harder. Back then, there were Tom Cruise people and there were Molly Ringwald people and we didn’t go to the same parties.

When the disgraced politician John Profumo died a few years ago, a number of commentators argued that he was by no means a bad man; he was a good man who did a bad thing. Tony Scott was a good man who made a very bad film and I don’t feel bad for saying so.
Posted by Tim Footman at 7:46 am

An old GF of mine developed a "thing" for men in flight suits because of Top Gun - she wanted me to wear one. I tried to complete the fantasy by telling her about the time I bombed a children's hospital and claimed it was a chemical weapons factory to avoid being dragged into the Hague, but apparently that wasn't sexy any more.

Top Gun is utter rubbish, you'll get no argument from me. True Romance was better directed than most of Tarantino's own efforts though.

As for Queen, I both disagree and see your point. As a huge Queen fan as a kid, it never really bothered me either way, I just liked the music and the performance. There are probably still homophobic Smiths fans who insist Morrissey hasn't ever had a gay thought either.

Three pages in the Independent paper in UK today about him.
Not sure I have ever seen that much for any death. No idea why so much coverage - apart from keeping real news off the agenda

I wish they'd had Ghostbusters recruitment posters in the foyers when that was on.

Told you it wasn't worth it. And I meant 'booths', not 'posters'.

Without Top Gun we wouldn't have had Hot Shots.

4. Financial destruction of men in divorce courts through alimony and support payments (women get up to 95 percent of their ex-husband's income and savings, as well as the house, car, etc)

5. Emotional destruction of men by ex-wives who have stolen their children from them and forbidden the fathers from having custody or contact with their own children

6. Divorced dads who commit suicide as a result

99.9 percent of American and western women are liars, hypocrities, and criminals, who support women committing crimes against men. Women refuse to condemn their fellow women who destroy men's lives. Silence means consent. Therefore, American women support and enjoy destroying men's lives and causing men to commit suicide. Apparently, American women think it is okay to be a criminal, just as long as you are a woman. Therefore, is it any surprise that a huge percent of American men no longer want anything to do with American women, other than using them for easy sex and then throwing them away?

It's got my motor racing, LC.

Simonj68 - also something to do with it being August?

Maybe they were posters with pictures of booths on, Patroclus?