In defence of stylish exclusion

There were verbalcuffs at the Edinburgh Book Festival last weekend, with Irvine Welsh grabbing the biggest, splashiest headlines as he accused the Booker Prize of squeezing out British regional and vernacular voices in favour of the posh and the exotic. His wingman was another Scottish author, Alan Bissett, who argued that “protectionism for local cultures is sometimes necessary” but then appeared to contradict himself:

I worry how style can exclude. You think about the people who are not convinced by literature and find it for a small elite… Style risks becoming fetishised and it becomes stylish people talking to one another. 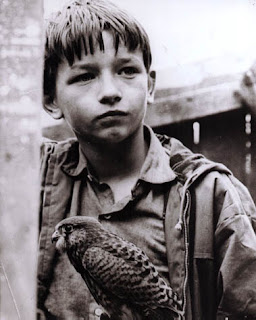 Well, yes, but if you’re reading from outside a particular regional tradition, such as the urban Scots of Bissett and Welsh and James Kelman, does that style not have the potential to exclude as well?  Especially if it’s protected; what are we talking about, Celtic quotas in the Booker shortlist? And how much effort should an author put into reaching out to the excluded and the unconvinced? If style – fetishised or not, whether it derives from Hampstead or Hampden Park – is such a barrier, maybe we should all write in the manner of government websites, with clarity and ease of comprehension the only criterion that matters a damn. Which would of course not only disqualify from consideration the kinds of book that tend to win the Booker Prize but also those that offer a gateway into what Bissett would describe as “local cultures”. I’m guessing that Barry Hines’s A Kestrel for a Knave is the sort of book that Bissett and Welsh would hold up in opposition to the consciously stylish Hampstead tendency, but I found it pretty bloody exclusive when I first read it at the age of 12 or so; I didn’t talk that way, didn’t know anyone who worked down t’pit, didn’t feel any particular desire to train a bird of prey. For the first few pages I wasn’t really sure what was going on. But I persevered and became utterly absorbed in Billy Casper’s world and remember sobbing myself to sleep after I’d finished. And if I hadn’t believed there might be something for me there, I might not have pushed on with Joyce or Nabokov or BS Johnson. I’m not saying that writing must be challenging to be good, but for every reader welcomed in by a writer who goes out of his way not to exclude, there will be another who just gets bored by the blandness of it all. Inclusiveness also excludes.

And in any case, is there really such a thing as style-free writing? I’ve seen the prose of Magnus Mills described as such, but the apparent blank artlessness he offers is surely a style in itself. Or is it just a euphemism for mainstream fiction, where function takes precedence over form? In a recent piece about the film-maker Christopher Nolan, David Bordwell confronts those who take issue with his sometimes clunky story-telling style:


Can you be a good writer without writing particularly well? I think so. James Fenimore Cooper, Theodore Dreiser, Sherwood Anderson, Sinclair Lewis, and other significant novelists had many virtues, but elegant prose was not among them. In popular fiction we treasure flawless wordsmiths like PG Wodehouse and Rex Stout and Patricia Highsmith, but we tolerate bland or clumsy style if a gripping plot and vivid characters keep us turning the pages. From Burroughs and Doyle to Stieg Larsson and Michael Crichton, we forgive a lot.

I’m guessing that in the last sentence he means Edgar Rice Burroughs and Arthur Conan Doyle rather than William S and Roddy, but you never know, do you?

On a vaguely similar note, the annual to-me-to-you about whether exams have been dumbed down up or sideways prompted me to take a look at some recent GCSE papers. One English exam from last year had a practical criticism component, comparing two poems about social outsiders. No problem there, except that the examiners were helpful enough to define three apparently difficult words therein; namely “chide”, “gibber” and “dissuade”. I’ll give them the benefit of the doubt on the first two; but if candidates can’t work out unaided that “dissuade” is pretty much the opposite of “persuade”, I don’t think their grasp of English – as distinct from their ability to regurgitate what the teacher has told them is going to come up in the exam – is all that great. Sorry, is that too exclusive? Too stylish, maybe?

And while I’ve got you, I’ll just reiterate my response to Rachel Cooke’s description of Ian McEwan as “the nearest thing to EL James that literary fiction has right now”. Eh?
Posted by Tim Footman at 9:25 am

I first read Welsh's Trainspotting when I was young, poor and a bit stupid - it really opened my eyes in a couple of ways because before then I had no idea that:

It inspired me to dedicate the rest of my life to talking about how I'd maybe like to write a book one day, you know, if I ever have the time, maybe.

GCSE English candidates aren't expected to be able to work out what chide and gibber mean? I can't imagine any context in which those words could be couched that wouldn't make their meaning clear enough to have a decent stab at answering the question. Isn't extrapolation from context - i.e. educated guesswork - a part of reading comprehension any more?

Excellent analysis, Tim. (Wow, you've read B. S. Johnson - is he readable?) 'Celtic quotas in the Booker shortlist' - ha! How about about quotas also for books that f**k*n' use f**k*n' swear words all the f**k*n' time - they try so hard not to be ignored and yet it still sometimes happens.

Hi Tim, well damn you, you've made me think. Coming from a nice, white, affluent, Home Counties background (albeit it from Luton), I've never spared this much thought. I'm confident that my own written voice can be read by anyone, but my favourite genres and concepts have proven to be equally elusive or unappealing. I can only hope that Elephant God Noir and Surrealist Technobabble will help me find my way onto the Booker shortlist, even if my accent doesn't. Thanks again for this great piece. Indigo

Seems that the Booker award has had a history of controversy, sugar! (I had to do a quick backstory history search, sad little American that I am.) Regional fiction is cherished and, to my mind, encouraged here in the states. I've not done a study of how awards are given here, but I do know that they've made the national best seller lists. Well done on your essay! I know more about the award and also, a bit more about you. xoxo

Yes to your - not Roddy surely - dissuade and McEwan/James/eh?.

"Some things do strike us as better than others – more articulate, more radiant with consciousness. We may have difficulty saying why, but the experience remains."

And - A Guardian editorial continues... Democracy's task, in the field of art, he believed, was to make the world safe for elitism, not to outlaw it. He believed passionately – in Hughes's case the adverb is redundant – in an elitism that was not based on class, wealth or race, but on skill, imagination, high ability and intense vision

Both a) and b) are entirely sound points, LC, and there's some truth in what Bissett and Welsh are saying. So long as they can accept that their own work is just as exclusive, in its own way, as something middle-class and/or post-colonial that does win the Booker. And a good thing too. Imagine a novel that sought to be as inclusive as possible. Paulo Coelho, or something?

Well, that's what I thought, Archie. A good chunk of literary appreciation depends on knowing what words mean, in a Gradgrindian, dictionary sense - denotation comes before connotation.

BSJ can be tough going, Gadjo but (like Joyce) you find a rhythm after a while. Try House Mother Normal for starters.

I think a lot of it depends on perspective, Indigo. If you're middle-class and from Luton, you might find that the school of Welsh, Kelman etc see you as a posh southern softy; whereas to the Hampstead set you're a bit below the salt. Elephant God Noir should transcend such pettifogging distinctions, though.

Hi Savannah. Regional fiction may be cherished on your side of the Pond, but there are still big prizes (the Pulitzer comes to mind) that would aim to set Faulkner and Updike and McCarthy and Toni Morrison against each other. In Britain we're having one of our periodic bouts of self-analysis over national identity, much of it involving whether Scotland wants to go it alone. I think the brouhaha above is a symptom of that.

BWT: Hughes could disentangle elitism from class because he wasn't British.

Tim, you are totally correct about the perspectives; I've encountered both visiting Sheffield and Corpus Christi at Cambridge. As for Elephant God Noir, you can come to your own conclusions. Click. Indigo

I read James Herriot's All Creatures Great and Small as a teenager and it changed my life. Coming from small-town Minnesota, it didn't take long for me to fall into the vernacular of Yorkshire, even if it did sometimes take me several readings of a word before I had a grasp of its meaning.

From there I went to Their Eyes Were Watching God by Zora Neale Hurston and the deep south of the U.S. I can still recall the thrill of realizing that "shug" was the shortened endearment of "sugar".

Thanks for the BSJ tip. Yes, that was my experience with Joyce: half-way through Ulysses I thought him the most arrogant and annoying writer who'd ever drawn breath, but I'm glad I continued with what then became my favourite of all novels.