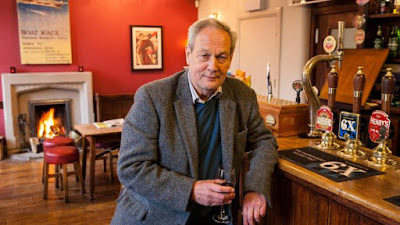 The Telegraph has for many years boasted the finest obituaries in British newspapers, with its emphasis on interesting people who led interesting lives, rather than those who were merely famous or useful or even pleasant. But every now and then the DT’s competitors come good, as in Richard J Evans’s piece for The Guardian on the truly ghastly historian Norman Stone. Evans is scrupulous in pointing out Stone’s gifts as a writer and scholar, but is clear that they were seriously outweighed by his flaws. A small selection...


On one occasion he collapsed in front of [Margaret Thatcher], drunk; but she was well known for her indulgence towards alcoholics so long as they supported her politically.

Knowing that he did little research, never bothered to check his facts and relied on his literary flair to mask his mistakes, the publishers got serious historians to go through the text: one of them sent in a 20-page list of errors, but it was impossible to spot them all and so it was left to reviewers to point out the many further inaccuracies.


Journalists often described him as “one of Britain’s leading historians”, but in truth he was nothing of the kind, as any serious member of the profession will tell you. The former prime minister, Heath, was wrong about many things, but he was surely right when he said of Stone during his time in Oxford: “Many parents of Oxford students must be both horrified and disgusted that the higher education of our children should rest in the hands of such a man.”

PS: And, just to be fair, the heir to Stone’s throne as monarch of the right-wing rentagobs pays tribute.

PPS: And here’s Stone’s own hatchet job on another historian, EH Carr.
Posted by Tim F at 2:05 pm

The first obituary I;ve seen in The Guardian that didn't allow readers' comments.

Pity. I'm sure the responses of his acolytes would be most entertaining. The funny thing is, a lot of the positive obituaries recount exactly the same stories, but present them as acts of heroism.