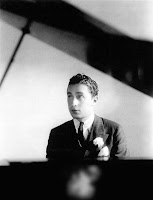 Maybe I can redefine myself as an unreliable author.
Posted by Tim F at 7:06 am

Thought the pen. was a bit harsh on Pompey last night, Timster. Mind you, what was James thinking of, coming out like that?

Perhaps next time you bump into him in the Grauniad canteen, you could suggest to him the wisdom of occasionally staying on his line...?

(He is, after all, still England's numero uno, n'est pas?)

I agree with you. I could not contemplate writing anything that was not entirely truthful and acurate.

I've had a word with Calamity in the canteen, Mort (he was having a cup of hot chocolate with Vladimir Putin and Angelina Jolie) and he promises he'll do better next time. The ref, meanwhile, was last seen hanging from a meathook in a warehouse in Dalston.

I believe you, Vicus.

I don't believe a word of what you said.

Actually, I didn't mean that.

Just the facts will be fine. I can overlook a bit of literary embellishment. Meanwhile I'll keep writing whatever comes into my head. For my own amusement of course.

How do you keep getting these publishing deals?

The idiot's good, Roland, he makes me laugh.

The same way Paris Hilton gets them, DH.