Blog your heart out, if you still have one

Swazi from Chocolate is not the only fruit – that rare thing, a blogger I knew in meatspace before either of us started to blog – tagged me to “blog my heart out” — a blog post that tells readers more about me and my blog. The idea is that I answer five questions and then tag five other bloggers to do the same. Which will give a brisk gust of nostalgia to one or two readers as it’s the sort of thing we were doing back in about 2007. But hey, with everyone from Kate Bush to Menswe@r back on the road, what’s wrong with dusting off a few fondly remembered b-sides once again? Tags and memes and endless ruminations along the lines of “what is blogging?” Them was the days...

Here are the questions:

Who/what encouraged you to start blogging?
I’d completely forgotten about this until a few months ago: I just used to say that I’d read lots of articles about blogging and thought I may as well give it a go, little suspecting that I’d still be at it more than eight years later. But there was a specific moment in 2005 when a colleague asked me to explain what a blog actually was. I gave the standard schtick as I understood it (it’s an online diary and the posts appear in reverse chronological order) and immediately thought that there had to be more to it than that. And I realised that in all the pieces that I’d read about blogs, the positive stuff came from people who were involved in their creation and the negatives were from people standing on the sidelines – at the time, mainly broadsheet columnists who could see the potential for their cultural and economic privilege to be eroded. Under normal circumstances I would have sided with the sneerers but I did get the feeling that a standpoint of ignorance and fear isn’t that sustainable so I ought to at least find out what this whole thing was about. And here I am.

How do you choose what topics to blog about?
Once I got the hang of metrics and worked out how to see how many people read which bits I saw that my most popular posts were those about stuff that was somehow newsworthy – the Olympics, Jimmy Savile, most recently the MH370 disappearance – and if this had particularly bothered me I’d just be plucking stuff from the headlines. (To be honest, the truly popular posts are those that feature certain actresses in states of undress, but that may be another story.) But I’m just as likely to write about a book I’ve just read or a film I’ve just watched, even if it’s something that’s five months or 50 years old. But I have to have something coherent to say about it, other than “I just read this book”. So maybe it’s the opinions, the angles, that drive the choices, rather than the topics themselves. 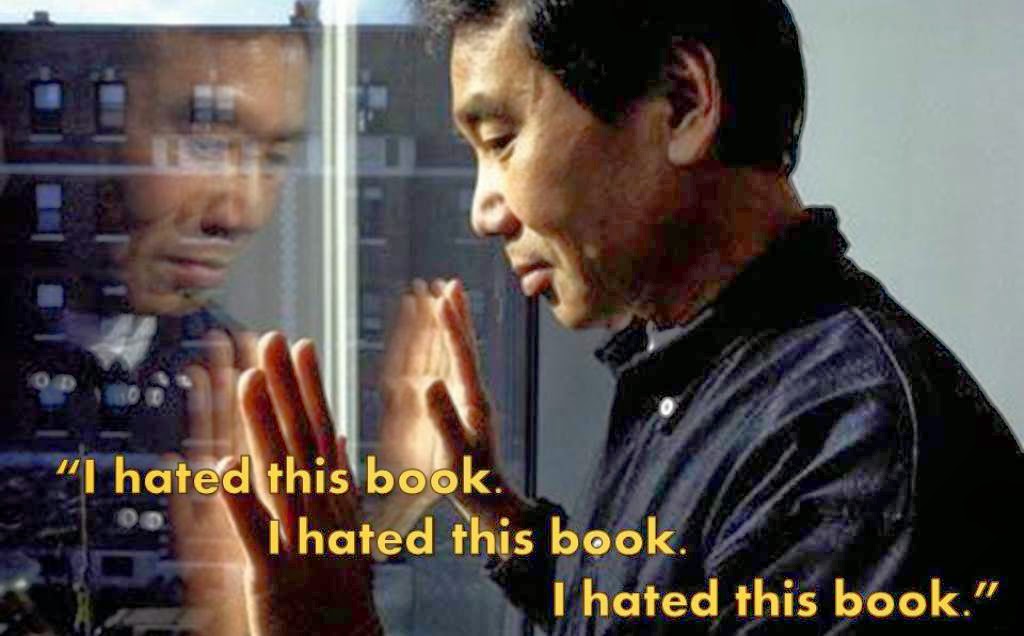 In fact my original plan of action was simply to write a review of each thing I read or watched or listened to. That’s how the name of the blog came about: it’s from a passage by Haruki Murakami in which a critic bemoans the tedium and banality of his art – scroll to the bottom of the page to see the full thing. The funny thing is, Murakami’s critic specialises in restaurants and that’s something I’d never actually done when I started blogging. Here’s my first attempt. Now it’s pretty much the only thing I write about outside the confines of Cultural Snow.

What is something most people don’t know about you?
I once auditioned to be a presenter on the early-1990s TV show The Word.

What do you love to do when you’re not blogging?
A few months ago I was self-diagnosing myself with anhedonia – that is, the inability to experience pleasure. Now I’m not so sure. My problem is that I go through patches where I dislike several books or films or meals on the trot and I think I’ve stopped enjoying reading or eating or whatever. But in fact I’m just reading bad books and eating bad meals and then I come upon a good one and I realise that all the bad stuff is just part of the process and makes the rare good ones seem even better. Which is something to do with being a critic, I guess. Sorry, this is a roundabout way of saying that I still love the overall ideas behind art, books, films, music and food even if I’m not actually loving doing any of them right now. I’m working on it, though.

Now it’s my turn to nominate five bloggers to do this. It may have been a different list way back when, as many of the people who used to lurk in this vicinity have been lost to Facebook or Twitter or work or babies or ennui or death. Others have hung around but narrowed their scope so there’s no longer any place for such tomfoolery. Whatever, here are five people who blog, or who were at least still blogging when I last checked. Let’s see what they make of this deeply retro challenge:

My most popular post explores the similarities between Oreos and Danny DeVito. Apparently, a lot of people search the internet for information on Danny DeVito. Or Oreos, I suppose.

Rhizomatic was a type of Edwardian alarm clock. A perfect metaphor for this blog perhaps?

Maybe they're both full of white creamy stuff, CC?

It took me several hours before I actually got that joke, Rog. Maybe I should get Deleuze and Guattari to buy me an alarm clock.