All the somebody people 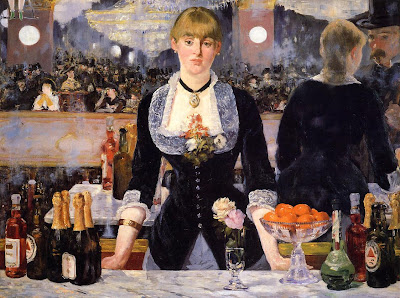 I used to write letters to newspapers and magazines. People did, way back then. Possibly inspired by Morrissey, I began with the weekly music press (something about an album of Velvet Underground out-takes, I seem to recall) before moving on to the broadsheets, and also the likes of Time Out, Esquire and the Modern Review (which used to offer free subscriptions for every letter published – I got a free subscription for writing a letter asking how many free subscriptions Germaine Greer had earned). Here, from 2004, is an epistle to The Spectator:

Roger Scruton’s invocation of Manet in his attempt to demonstrate the existence of the soul is flawed (‘What it means to be human’, 20 March). ‘Bar at the Folies Bergère’ ‘is’ a young woman only in the sense that the viewer, familiar with the conventions of Western representational art of the 19th century, puts that interpretation on it. As Magritte pointed out, ‘Ceci n’est pas une pipe.’ It is, rather, we who translate the artist’s efforts into a woman, a pipe, sunflowers, etc... Similarly, ‘the soul’ exists within human existence only to the extent that believers interpret existence thus. The idea that a work of art is ‘real’ and the idea that God is ‘real’ rely on the same intellectual and emotional characteristic — suspension of disbelief.

But five years ago today, I started blogging, an idea that seized several other people around the same time. Perhaps not entirely coincidentally, the letters ceased. But as you can see from the above example, the content has remained pretty much the same. In this case, the message transcends the medium. 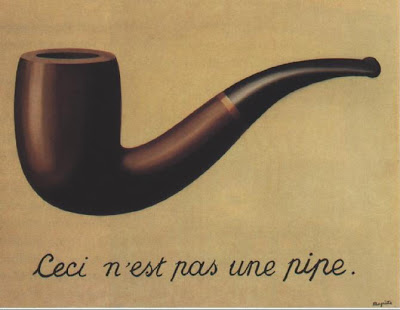 I started blogging six years ago (although my typing hasn't improved).

I like to believe I was an inspiration to all those who followed.

Oh, and congratulations on your anniversary.

I have a special day coming up on Thursday.

Do I get a free subscription if this gets printed?

Felicitations. Is it only five years - seems greater in influence.

Must be something about November--I'm a year and 2 weeks behind you into the blogsphere (I disapprove of the usual second "o" in that word.)

As for your letter writing past--I like to think of it as 'conservation of intellectual energy'--It can't be destroyed or created, it can only be transformed from one state to another.

Thank you all for your kind wishes. I firmly believe that in the next five years, blogger will be powered by jet packs, and available in pill form.

Well done Tim. Although I can't believe after all these years we are still using the hateful term "blogging". I may add some thoughts to my lifebox on this matter at some point.

Ah, you're so much more cultured than me. I started by writing letters to comics... and in many ways, I never progressed at all.

Everytime I think that I've escaped, "they" keep pulling me back in!

I started in Feb 06 without a clue, went through through several phases and incarnations before I realised that I peaked in 07.

Still, I can say a lot more out here to the lurkers that is totally wasted on the lower class of lurkers on Facebook.

Happy Blogversary! I'm just glad you are still here and still ranting on.

I started properly in August 2005, clearly it was all the rage that year.

I do lament the changes since then, though - but I can't see it's ever possible to go back, we live in completely different times...

So technically ceci n'est pas une blog if I don't read it because then, as far as I am concerned, it does not exist?
I feel so powerful.
Congrats on 5 years!