The Ballad of Damien Day 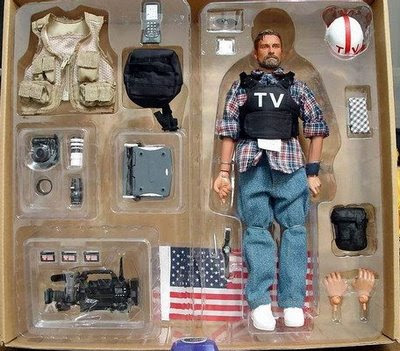 Tracking the Bangkok brouhaha on Facebook and Twitter and similar media, Small Boo said: “Have you noticed how many people are suddenly calling themselves journalists?”

Live rounds and armoured vehicles and tear gas and looting certainly offer an opportunity for people to become war reporters for the duration, especially because many of them have little else to do right now. (One of the first things the Thai government does when things get hairy is to announce a public holiday; and if that doesn’t work, they announce another one. I think today is the fourth successive day off.) And obviously technology makes things much easier, and a judicious scan of Twitter has provided the most reliable source of information about what’s been happening here over the past week. The best of the self-starters don’t try to offer too much analysis, and just tell you what they can see and hear. They expect their readers to do a bit of work, to check out other sources, and form their own overall picture by putting the pieces together.

Foreign reporters on the whole don’t show the same modest restraint, which is understandable; why would the New York Times say that if you want to find out what’s happening round the next corner you’ll have to read Yomiuri Shimbun or El País? But in their effort to tell a self-contained story that discourages the reader from looking elsewhere, they seem obsessed with recasting the whole sad business as some kind of liberation narrative, implicitly aligning it with those big struggles, some won but many lost, that tend to win Pulitzers: Budapest in 1956; Prague and Paris in 1968; Manila in 1986; Beijing and Berlin in 1989; Jakarta in 1998; Tehran only last year. There’s an element of truth to this treatment; but ultimately, it’s no more the whole story than the lone Tweeter, telling us he’s just seen a dead body or a shopping mall in flames. The Thai media, meanwhile, seems far too close to those who control the political and economic levers; moreover, a combination of legal restrictions and social taboos means that the really interesting stuff is what’s left unsaid. Sometimes it all gets deliciously incestuous, with legit media reporting on the citizen hacks: for example, France 24’s story about the shadowy FreakingCat. Not to mention the bloggers sneering at the professionals...

But do an iPhone, a fondness for Graham Greene novels and a studied disregard for one’s own personal safety really define a journalist? If people outside Thailand wanted to find out what was going on in Bangkok, I’m guessing they went to the BBC or CNN first, then maybe checked the blogs and tweets afterwards; you have to finish your main course before you’re allowed pudding. I don’t know how long that will continue, but for the moment you’re defined not by the work you do, but what happens to your work after you’ve done it.

PS: Manik Sethisuwan offers up some delicious word clouds of all the coverage.

PPS: And Not The Nation gets it right as well.

Have been reading some of the things written about Pompeii contemporaneousl, and now I'm thinking that there is a distinction between "witness" and "journalist" — and that both are important.

I think some found Twitter quite useful for locating the hotspots (ATM's, jewelery stores etc.)

It's all complimentary isn't it Tim. I would no more believe a single Tweeter than I would the New York Times. We all have agendas including me, even if mine is just checking whether I exist.

Can someone be both at once, though, Valerie?

You’re not the notorious Jeff Savage are you, Dick?