When I’m not here, pontificating about French theorists and Japanese novelists and Charlotte Rampling’s legs, I’m often to be found on Twitter. Have you heard of Twitter, by any chance? There’s so little coverage of it in the mainstream media, sometimes I rather think I might have imagined it.

I’m being sarcastic, of course; one of the modes of discourse that Twitter isn’t very good at conveying, to occasionally disastrous effect. And another thing that Twitter can’t do very well is to express to non-participants what’s so good about it. I usually just tell people to sign up and plunge in; and if they respond with that tired trope that 95% of Twitter is people telling you what they had for breakfast I say nonsense, it’s 70% at most.

So it’s good that a serious, respected newspaper such as The Observer has taken the task of explaining to naysayers and noobs what the attractions of Twitter might be. Nah, it’s that sarcasm again. What they’ve done is to ask 50 people who use Twitter to name three people they follow, and why. Now potentially this might have been an interesting exercise, a chance to investigate the more unlikely corners of people’s cultural hinterlands, the strange nexuses of real and virtual friendship, the digital spin on six degrees of separation that Twitter offers. They could have delved into people’s experiences of RTs and hashtags, FFs and tweetups, of how trends can erupt from nowhere then evaporate just as fast, of the collective joy and anguish of livetweeting elections and cricket matches and riots and revolutions and The Archers. They could have selected people who have used Twitter to do extraordinary or amusing or horrible things, people who have pushed its capacity to change perceptions and attitudes, sometimes even lives. 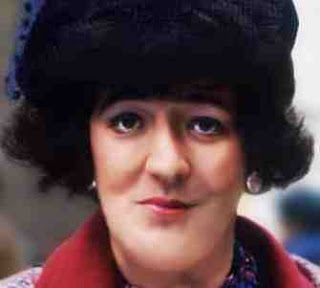 But no. They chose 50 variably famous people who happen to use Twitter. Now, some of them (Caitlin Moran, Grace Dent and Peter Serafinowicz for example) have clearly thought about what Twitter can do, and use it with wit and passion and imagination and inspired daftness. But Rio Ferdinand? Danny Alexander? Does it help our understanding of Twitter to know that Gary Barlow has “always been a fan” of Jonathan Ross? Or that Joan Collins follows her daughter? Or that lots of people follow Stephen Fry? Fry, incidentally, is not among the 50 – I can’t imagine they didn’t try to get him – but instead they’ve one Edna Fry, a Tweeter who pretends to be Fry’s wife. Which could have been a springboard for all sorts of ideas about the pleasures and perils of concocting an online persona. But isn’t.

In the introduction to the piece, Lauren Laverne quotes Graham Linehan (someone else who should be on any self-respecting list): “Celebrities who don’t follow anyone! You have in your possession a magic mirror, and you’re just using it as a mirror!” Anybody reading further to find out what’s so great about Twitter would find a rather grubby window, through which they might be able to discern a small group of famous people talking to each other about being famous. Which is even more tedious than breakfast.

PS: Mic Wright (another who ought to be on the list) reaches similar conclusions.
Posted by Tim F at 11:50 am

On Twitter, if someone says something clever or amusing you RT it and that's part of the form.

In print, The Observer RT-ing a list that the Sunday Times and The Guardian and whoeverthefuckelse have already done is at best boring.

The most startling revelation from the phenomenom of famous people talking about being famous is that, by and large, famous people are rather more stupid and probably more ill-informed than average man in the street. Twitter is unable to disavow any of us of this notion.

I'm amazed how incestuous the list is and how many people would bother recommending Stephen Fry. There are a few good nods but on the whole the list only reflect who much of a bubble Twitter becomes and how people rarely stray from their own world on it. In this unintentional respect it does the job.

I gave a Twitter a try, but it turned out to be a failed experiment. I suspect I was at fault. I'm usually okay at small-talk, but 140 characters is apparently beyond my limits. Quite like Facebook, though, having resisted for a very long time.

But Richard, they express their idiocy with such delectably modulated vowels.

But at least the Twitter bubble is floaty and shimmery, Oliver, and it changes shape and moves around. The Observer bubble is made of concrete and sits on the floor, being defiantly unbubbly.

They're different beasts, Martin. Maybe I prefer Twitter because of my short atten- ooh look, a doggie...

Brilliant mind; clearly you should have written the Observer peice and I intend no sarcasm there!