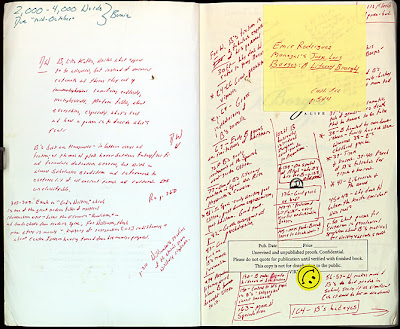 When I acquired a Kindle, I wondered whether I might never buy a book again. But then I remembered that when I bought my first CD player, some time back in the early 90s, I didn’t stop buying vinyl. OK, so if a new album came out, I’d probably buy the small expensive version in the case that cracked, rather than the larger, slightly less expensive version in the sleeve that bent at the corner and split along the edge. But I’d still be mooching around dank second-hand shops and windy car-boot sales for Northern Soul singles and kitsch MOR LPs and limited-edition translucent 10-inch discs by cod-psychedelic wastrels from Ashton-under-Lyme.

So it’s not terribly surprising that last weekend found me taking away very nearly an armful of variously damaged paperbacks, including Toby Litt’s Finding Myself. One of the quirks of this 2003 novel is that the text consists of documents supposedly retrieved from the laptop of a fictitious author, Victoria About, with blue, handwritten amendments, corrections and suggestions from her editor all over the hard copy. For those used to pages of neatly justified, spaced and kerned black-on-white type, it might be a tad distressing.

But I vaguely remembered hearing about this gimmick when the book originally came out, so I didn’t embarrass myself by asking for a clean copy or demanding a discount. In fact, I went to the opposite extreme: when I found squiggly add-ons in the next book I picked up –  Retro: The Culture of Revival, by Elizabeth Guffey – my instinctive reaction was that this was all part of the author’s intentions as well. The following is underlined in angry biro:


The literary historian Jean Starobinski has suggested that it was only with the advent of bacteriology and pathological anatomy in the late nineteenth century that nostalgia disappeared from medical journals, becoming the province of poets and philosophers rather than doctors.

Now, Dr Guffey didn’t provide the underlining on that bit. But I bet she wish she had done.

(The image is the title page of a biography Jorge Luis Borges, with contributions by its owner, the late David Foster Wallace.)

PS: A different angle on the paper vs digital debate: Julia Jones on the fire that destroyed 40 years’ worth of her partner’s work.
Posted by Tim F at 4:19 pm