Klout: I get a pain in the back of my neck

Oh dear, Klout’s everywhere all of a sudden. It’s a service that aims to quantify your social media influence, deploying algorithms that translate to a score out of 100; the bigger cheese you are on the interwebnets, the higher your score. This might have some validity if Klout were to operate with the ethos of an old-fashioned gentleman’s club; those who push their claims for membership too loudly and brashly are doomed to failure. But increasingly, those with high Klout scores are not truly influential, but simply people who have the time and energy and inclination to rack up high Klout scores. Like people whose self-worth is determined by number of Twitter followers or blog eyeballs or Panini stickers, they modify their online behaviour to game their own statistics.

And even when applied to someone who is properly (if not rightfully) famous, the statistics really don’t add up. Singer of popular ditties Justin Bieber has a Klout score of 100, apparently, but it’s not clear what portion of that score derives from people who use Twitter to express their heartfelt desire that Mr Bieber might be elbowed to death by Joey Barton (who scores 85). 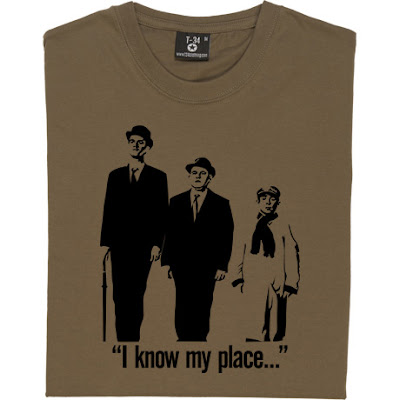 Of course, purely in the interests of research and solipsism I just had to find out where I fit in the grand scheme of things; and Klout tells me not only that I have a Klout score of 45*, but that I am an influencer when it comes to the subject of “pak”. Unfortunately, it neglects to explain what “pak” might be and I spend several hours in a state of heightened agitation, worried that businesses and governments and criminal networks throughout the world will seize on the notion that Klout scores actually determine whether or not one is good at something, and ask me for my opinion on pak, my advice on pak, on whether we should privatise it or subsidise it or abolish it or put it in the water supply. I suddenly feel like Chance, the innocent gardener in Being There, whose ill-informed platitudes are interpreted as great wisdom. And then I remember that one of the main uses I have for Twitter is making facetious comments on cricket matches, and “#pak” is just a hashtag that indicates that Pakistan is playing.

And that, my friends, is why Klout is silly. Far better, if you must jump on any sort of virtual bandwagon, is social media for existentialists: “All passwords on the Being and Nothingness Network are vaguely menacing anagrams formed using the maiden name of Martin Heidegger’s paternal grandmother.” You know, if anyone at Klout reads this, I’ll immediately become one of the world’s leading experts on Heidegger. It’s between me and Joey Barton. 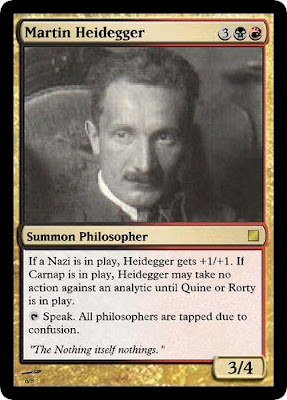 * 45’s not brilliant, but it could get me free noodles at San Francisco airport.
Posted by Tim F at 7:21 am

Aye, I think I said at when you tweeted about this that Klout frequently attributes "influences" to me that I've never even mentioned. I thought that trawling a page for words was childs play these days.