After I deployed those Klout-related ramblings, I was wondering why employers and marketers are starting to pay so much attention to a metric that is apparently so easy to manipulate by retweeting gossip about Pudsey the dog or getting on the right side of someone on that bloody Observer list. And I realised that Klout doesn’t really measure the subject’s online influence – instead, it measures the subject’s desire for online influence, even if it’s an ersatz version of the same. Today, in the decadent West, what few jobs there are involve selling the abstract ideas that we call brands, so the ability and inclination to game one’s own Klout score 20 points higher than it really should be is something of a marketable skill, one that potential employers will hope you can apply to the ethereal gewgaws that they’re trying to flog. They know your enormous Klout score is utter bullshit; and they want a slice of that bullshit.

Similarly, there has been much grumbling over the past couple of decades about the increasing pointlessness of examinations. Exams don’t measure what people know about English or maths or physics any more! They just measure how good people are at passing exams! Which is, in fact, entirely what they want to do. Most employers don’t give a toss whether you can calculate the surface area of a sphere or explain why “a slice of that bullshit” is stretching a metaphor just a little too far. Instead, they want to see the alacrity with which you’ll jump over barrels and through hoops of their devising. “Raise our Klout score,” they bellow, and you only need to respond: “How high?” 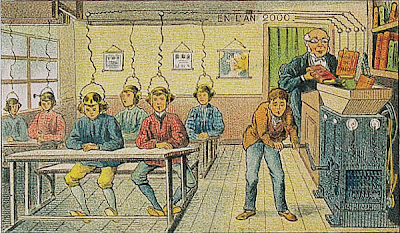 If I ever meet you in person, I will punch you in the face without warning.

Actually, Paul, this is the one I was thinking of.