In a piece of research that will startle very few, mathematicians at Dartmouth College have shown that modern writers are far less influenced by “the classics” than their predecessors were. Well, yes, um, maybe. Of course, nobody reads Walter Scott any more; or, more to the point, nobody feels the need to pretend to have read Walter Scott any more. The canon is still there, but like a football team or the cast of The Archers, the list of names has changed; so we get that slew of novels about Henry James a few years ago, or maybe Martin Amis rehashing his fanboy schtick about Saul Bellow. 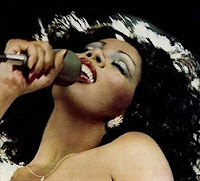 So writers are still influenced by writers, but they’re different writers. What’s really changed is that the references aren’t just to writing. A Victorian author might have expected readers to pick up on references to Shakespeare or Virgil or the King James Bible; her 21st-century successor will pack in nods to the Zapruder film or Ricky Villa’s goal in 1981 or the structure of DNA or Donna Summer’s sighs in ‘Love To Love You Baby’. And writers already have the ability to offer their product in formats that can include not just references to those memes, but actual pieces of footage and audio embedded in the words – and the academics at Dartmouth will have to work out a completely new method of textual analysis to pick that up.

In fact, pretty soon there will come a time when Literature – as the name for a discrete academic discipline – will fail to do its job. What’s going to replace it? Media Studies has been pretty much discredited. Any thoughts?
Posted by Tim F at 11:47 am

Not quite BB - I know there's been a spate of Twitter fiction, but it's still very much text-based (inevitable, considering the limitations of the platform). What I'm talking about is discrete narratives that incorporate text, still and moving images, sounds, maybe even tastes and smells, to the extent that "the words on the page" are just one element (and not always the most significant).