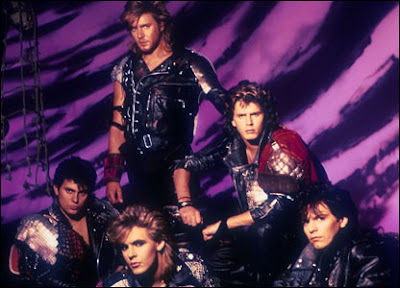 I’ve never been a big fan of positive discrimination, mainly because it doesn’t work; inevitably it’s easier to base quotas on empirical criteria such as race or gender or disability, rather than things that are harder to quantify but no less real, such as socio-economic status class, there, I said it. But I couldn’t help but raise an eyebrow at the choice of acts for the gig marking the beginning of the Olympics. Leave aside for the moment the galumphing tedium of all the performers on the bill; Duran Duran were moderately amusing for a couple of albums in the early 80s, while the others (Paolo Nutini, the Stereophonics, Snow Patrol) have never even aspired to such lofty standards. That said, do we really think that London in 2012 is best represented by a dozen or so white men in their 30s, 40s and 50s, many of them playing guitars?

Obviously nobody wants blatant tokenism: I’m old enough to remember the line-up for the Band Aid single, with a few members of Shalamar and Kool & the Gang hovering around the edges. But for an event that aims to show off 21st-century Britain to the world, this is a bit embarrassing.

N-Dubz get my vote.

Considering how little interest I have in the Olympics, I think that line-up is perfect. If they'd chosen anyone half decent, I might actually have had to watch it.

Hilarious - the cast of Twenty Twelve could not have done it better...

Only since you saw that naughty video, LC.

I know, Rol, I thought it was some kind of weird mind game.

Maybe they should cancel all the bands, Kirses, and just have Hugh Bonneville on stage, scowling.