A while ago I signed up to a service called TwentyFeet; at least, I assume I did, because I have no memory of doing so. TwentyFeet analyses the verious comings and goings of one’s Twitter account, which it then packages into a single weekly report. Not the content, though; just how people have responded to the content, what they’ve done to it. So the most recent report reads:

And that report is sent as a tweet from my account. Now, one of the problems with this is that some people might think that I’m making a conscious decision to tell people how many retweets, new followers etc I’ve had in the past seven days. And although I’m not as a rule bothered about what other people may think of me, there’s one significant and paradoxical exception; I’m bothered that people may think that I’m bothered about what people think of me. And if people do think I’m a bit needy, is it worse to blow one’s own trumpet, or to get a bit of software to blow it for you? 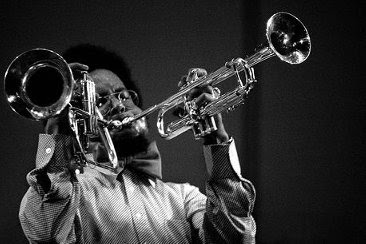 There’s another service, to which I haven’t signed up, called Paper.li. It goes through the feeds of the Twitter accounts that you follow and collates articles to which they’ve linked, turning them into a sort of virtual newspaper. Now, the problem with this is that it just goes for the content that has been linked, cutting out any contextual comment made by the user. So if I send a tweet saying:


Cuh, this article in the Mail on Sunday/Huffington Post/Goat Breeder’s Quarterly is a bit rubbish!

...what appears in the finished product is said article with my Twitter identity attached, which implies that I’ve somehow sanctioned it. Again, it doesn’t bother me unduly that people might think I approve of an article in Goat Breeder’s Quarterly, but sometimes it just ain’t so. Anyway, someone called Colin Campbell (not this Colin Campbell, as far as I know) follows me on Twitter and the dull, ruminant bots of Paper.li appear to have seized on my tweet (the TwentyFeet status update, not the one about the goats, which I made up, OK?) and incorporated it into his paper. But all they took was the page to which it links, which is a anodyne explanation of how the TwentyFeet aggregator works, which I don’t think I’d ever seen before and certainly wouldn’t bother to recommend to the Twitter massive.

And suddenly I have an image of the near future; a newspaper concocted by a machine, comprising tweets sent by a machine. And Colin Campbell and I get our names attached but that’s the limit of our involvement and we don’t even read the bloody stuff, let alone write it.
Posted by Tim F at 7:34 am

I set up a few paper.li publications recently thinking they could be informative and useful. You're right; they're not. At all.

(Indeed, now is as good a time as any to close that shop down.)

I wondered how that paper.li worked - and whether it was much cop - now I know.

Slendermeans: the yearning of digital media to be exactly like print media, but on a screen, used to be quite touching. Bored now.