In The American Thinker, William Deresiewicz seeks to add some 21st-century nuance to Dwight Macdonald’s famous identification of ‘Midcult’, mass culture that masquerades as art. 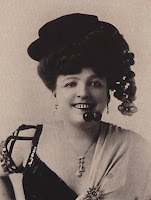 Actually, I say “famous”, but while Macdonald’s pronouncement caused a stir in the States back in 1960, it was pretty much ignored in Britain, where slagging off the middle brow had become an established and respectable hobby for several decades. TS Eliot, for example, was a devotee not only of serious, abstruse cultural endeavours, but also of what would be regarded as trash. He loved the cheery vulgarity of musical hall, writing an adoring epitaph to Marie Lloyd, and was also a big fan of detective thrillers, especially the works of Georges Simenon. However, he was remorselessly rude about the stolid seriousness of then-successful but now almost forgotten writers such as John Drinkwater, whom he dismissed as “dull, supremely dull”. As Arnold Bennett put it, “Good taste is better than bad taste, but bad taste is better than no taste.” Although I suspect Eliot might have dumped Bennett with Drinkwater in the recycling bin of middle brow.


Anyway, Deresiewicz does not argue that Macdonald’s middle brow has ceased to exist; it’s still the stuff that wins the big, mainstream prizes. But he has identified a new brow, younger, hipper, but still neither high art nor avant garde, and he dubs it “upper middle brow”:

It is Jonathan Lethem, Wes Anderson, Lost in Translation, Girls, Stewart/Colbert, The New Yorker, This American Life and the whole empire of quirk, and the films that *should* have won the Oscars (the films you’re not sure whether to call films or movies).

Deresiewicz suggests that such works – like the old-school middle brow – are designed to flatter their audience; the only thing is that the audience is different. The funny thing is, not so long ago, such art would have been defined not by its audience, but by the economic context of its production. We would have called it “indie”. Wouldn’t we? 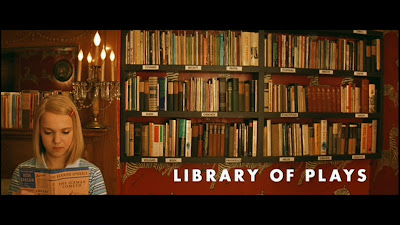 Indie was always a good term. I remember the "indie" charts in the NME having Steps on there as they were on an independent label, but not actual "indie" bands (as they were all on majors)

“Upper middle brow”: hmm, sounds like it's an American taxonomy of artiness based on the (hitherto discredited) English class system - I wonder if one can rise above one's station at all.

Yes, Billy, that's really when it became a bit of a dirty word, or just a form of shorthand for describing middle-class boys who may have bought a Stooges album at some point.

Class, certainly Gadjo, and also ethnicity to some extent. Ooh it's a minefield.