#savethesurprise: a sneak preview of the bloody Olympic ceremony 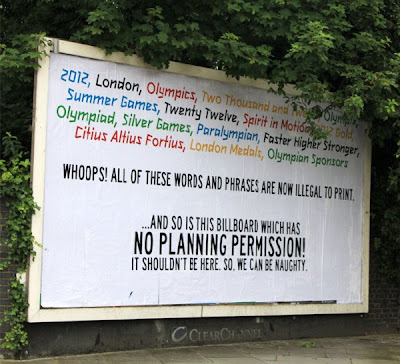 Well, the Olympics have already started, with comedy flag mishaps and racist tweets aplenty, but at the same time they haven’t started, because the opening ceremony hasn’t happened yet. Apparently Schrödinger’s Cat has managed to sponsor the bloody thing without anyone noticing.

Actually, ignore that. Danny Boyle’s opening ceremony has happened, but it was only a trial run and everyone who was present has been put on spoiler alert, encouraged to keep schtumm by the slightly emetic Twitter hashtag #savethesurprise. One wonders why there was all that trouble about G4S security guards not turning up; the terrorist threat could be neutralised at a stroke with a hashtag along the lines of #pleasedontblowusup.

Well, this isn’t Twitter. Apparently, what Boyle has done is to remake his first and best film, Shallow Grave, with Sebastian Coe, Boris Johnson and Jeremy Hunt finding that their new flatmate George Osborne has died of acute self-awareness, stealing his suitcase full of cash and using it to rebuild a replica of the Millennium Dome which turns out in fact to be a Ron Mueck sculpture of the Duke of Edinburgh’s inflamed bladder, stuffed with sheep and WAGs and Morris dancers, all of whom perish horribly to the strains of the theme song from It Ain’t Half Hot Mum. As the only-slightly-racist Land of Hope and Glory bit fades away, all that’s left amidst the carnage is Princess Beatrice, dressed in nothing but that bloody hat and a single fake Burberry sock, attempting to recite the words “They think it’s all over... it is now!” but failing, again and again, forever. 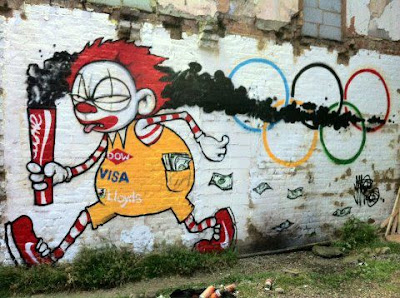 And Mr Footman, uniquely representing both Great Britain and Thailand, wins the first medal of the games, in Heavy Satire.

The Oddbins promotion brings a genuine warmth to my heart.

I wish Danny Boyle had done that. I'd even settle for a remake of 128 Hours with George Osborne sawing off his own arm with a pen knife.

My feelings can be summed up by the fact that today I found myself thinking 'I really hope we don't get blown up on the tube on the way to work.'

3. Financial destruction of men in divorce courts through alimony and support payments (women get up to 95 percent of their ex-husband's income and savings, as well as the house, car, etc)

4. Emotional destruction of men by ex-wives who have stolen their children from them and forbidden the fathers from having custody or contact with their own children

5. Divorced dads who commit suicide as a result

Not one single American woman has EVER condemned their fellow American women for committing these crimes against men. Silence means consent. Therefore, American women support and enjoy destroying men's lives and causing men to commit suicide. Apparently, American women think it is okay to be a criminal, just as long as you are a woman. Therefore, is it any surprise that a huge percent of American men no longer want anything to do with American women, other than using them for easy sex and then throwing them away?

I am a mere bantamweight compared to your good self, Vicus.

Rol: And then fed to Eric Pickles.

It's all over now, Annie. Oh no, hang on. There's some sport stuff. Whatever.