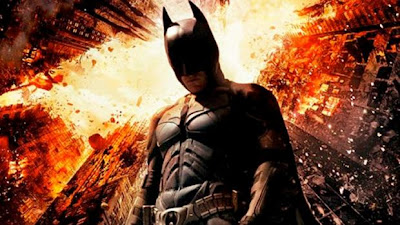 20 or so years ago, I was in New York, watching Coppola’s Dracula movie, the one with Gary Oldman. It was in a cinema in Times Square, which wasn’t quite the piss-stained hellhole it had been, but still had a certain grubby frisson about it, a potential danger in the shadows. Around 40 minutes in, raised voices cut through the soundtrack a few rows in front of me, an argument about a woman apparently. And then I saw the shadow of a man rising from his seat and throwing a flailing punch. The house lights came on almost immediately and at least a third of the patrons were already hurrying for the exits. “Damn, that guy could be carrying anything!” hissed the man next to me as he made his move. Security guards arrived; the brawlers were removed; the leavers cautiously came back to their places; the film restarted. But there remained a distinct air, in amongst the tropes of horror and vampirism and possession, of a very real violence out there. My hotel was only about four blocks away, but when the film was done, I got a cab.

It’s too early to know exactly what happened a few hours ago in Denver. But it’s interesting that when the shooting began, people in the cinema next door assumed it was some sort of promotional gimmick and only when bullets started coming through the walls were they shaken into reality. When I saw the newsflash, my immediate reaction was pretty similar; it’s a stunt, and someone in the audience has panicked and tweeted it and some idiot news editor’s taken it seriously. And then the horror sank in; the bullets through the walls. Are we now so meekly accepting of the dominant role of bullshit in our lives – even if we know it to be bullshit – that when reality does intrude, it takes a while to sink in?

PS: Except the FBI did it, of course.

PPS: More tragedy that accidentally becomes art. I might come back to this.
Posted by Tim F at 5:20 pm