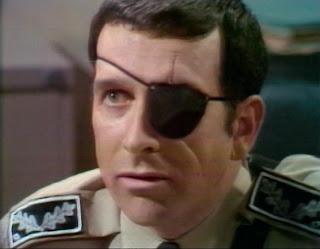 Yes, just as people are finally starting to get bored with EL James and her various hues of hanky-panky, the real boss of unaccountably successful bad writing promises a new tome, Inferno. Now, I’ve given myself several bouts of mental cramp attempting to get to grips with Brown’s appeal, to the extent of starting a blog that attempted to apply some sort of literary analysis to The Da Vinci Code, but ultimately I’m none the wiser. Do most people just not care about bad writing? Or is there something in the wonky syntax and juddering exposition that actually appeals? Incidentally, if you haven’t read Sebastian Faulks’s note-perfect pastiche of Brown’s style, you’ve missed out.

What intrigues me about the latest news is not the book itself (Brown vs Dante, apparently, ho hum) but what the publisher has to say about it. Bill Scott-Kerr of Transworld declares:

I've been working with Dan Brown for over a decade now and every time he delivers a new novel, he never fails to surprise. As a storyteller, he has the great gift of being able to take you on a breathtaking rollercoaster ride at the same time as offering a fresh perspective on what he's showing us along the way. This brilliant Robert Langdon thriller is no exception-in Inferno he returnes to the heart of old Europe and to the territory so compellingly occupied by The Da Vinci Code. It's another star turn from start to finish.

You know how dogs supposedly get to resemble their masters, or vice versa? Could it be that Scott-Kerr’s years with Brown have led to some of the latter’s literary anti-style rubbing off? Look at that first sentence, with the redundant juxtaposition of “every time” and “never”. Then the lame cliché of “a breathtaking rollercoaster ride” from which you’re supposed to get some kind of perspective. “Returnes” is presumably just a typo, and I don’t know whether it came from Transworld or The Bookseller, so we’ll let that one rest, but “so compellingly occupied”? I mean, what? And then two more clichés in the final sentence.

I’ll give Mr Scott-Kerr the benefit of the doubt; I’m guessing he can actually write a decent press release when he chooses to do so, but made the conscious choice to write a bad one, because otherwise he’d only draw attention to how badly written the main product will be. So, in a way, it’s good writing, because it does its job. Although, by that logic, Dan Brown’s writing is good writing too. Whatever circle of hell he’s working from.

PS: For more deconstruction of bad writing, see this take-down of an Esquire cover story.
Posted by Tim F at 9:46 am

I would never accuse you of verbosity, but "Dan Brown is crap" would suffice.

I am proud to say that I have never read a Dan Brown, EL James, or the woman who wrote those books about sparkling vampires. Am I missing out? Am I the worst kind of literary snob? (this I doubt, I read Jilly Cooper for fun, after all).

Free the heart of old Europe!

"Circle of Hell" could be the title of his next book.

Ah, but where would be the fun in that, Vicus?

No, you're the best kind of literary snob, Nuttycow.

Or Ring of Fire, Rosie.