Myra and the Mail 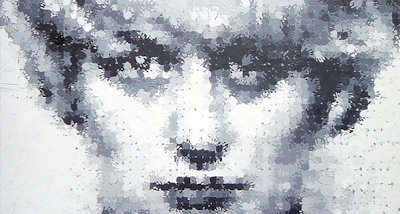 I’ve always been quietly impressed by the ability of the Daily Mail to maintain two diametrically opposed editorial viewpoints at once without imploding. Scantily clad teenagers totter alongside fulminations against permissiveness and paedophilia; grumpy jeremiads about the dumbing down of modern culture coexist with the latest gibbering bulletin from the reality TV eco-system.

The latest example comes with a feature on the multiple murderer Myra Hindley whose death in 2002 has done nothing to diminish her newsworthiness to the mid-market tabs; not wholly unlike Princess Diana, in fact. Her prison papers have been released early “owing to the huge interest in her life” (I wonder who encouraged that?) and apparently reveal a woman who “longed to be middle class”, who was committed to education (or passing exams at least), obsessed with keeping her cell tidy and imbued with a feeling of superiority over her fellow prisoners; the last of which probably has something to do with the Nietzschean obsessions of her former Svengali Ian Brady. Pretty much the apotheosis of a Mail reader in fact, although the article neglects to mention which newspaper she read in her pursuit of social improvement. If anything, she comes over not so much as a cold-blooded killer, more as Beverley from Abigail’s Party.

So she’s a monster – we get the inevitable pictures of all her victims – but she’s an aspirational monster, a striver, the sort of psychopath who gives Britain its backbone, who might have, had her circumstances not prevented it, become part of one of those “hard-working families” that the Mail lauds at every opportunity. That said, in the Mail’s eyes, no woman can truly have it all:


By 1977 Hindley’s obsession with course work – tackling subjects as diverse as The Age of Revolution, the 19th Century novel and its legacy, and 20th Century poetry – meant she put on weight through lack of exercise.

Not so admirable after all, then. I’m surprised we don’t have long-lens shots of Hindley, accompanied by snide comments about her cellulite.
Posted by Tim F at 7:55 am

Yes. They take "news values criteria" to the very top level, that crowd.

I reckon that's probably the correct analysis, as at the end of her life she had achieved the ultimate social-climbing Mail reader's fantasy, getting wooed by an Aristocrat, the lovely Lord Longford.

So that's it, Gadjo. She was actually a trial run for Kate Middleton...