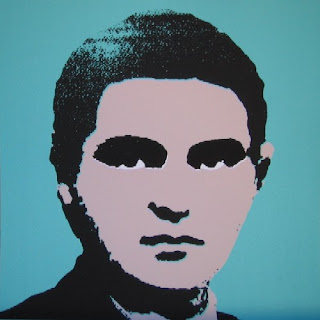 You know, in our (post)modern, virtual, hyperreal world, it’s terribly difficult to maintain any notion of quality. I mean, what’s more impressive? Pretending to be one celebrity on Twitter in order to invent the death of another, as Tommasso Debenedetti does? (Shades of Luther Blissett there, I reckon.) Pretending to be a deaf paraplegic and then killing him? Hiring gamers to (virtually) kill your own son, in the manner of Mr Feng? Or just inventing a whole damn war, which stood undetected on Wikipedia for half a decade? I suppose the body count from the last was the highest. Is that how you measure it, then; the number of people you haven’t really killed?
Posted by Tim F at 10:38 am

“I just want to show up the fragility of social media, where anyone can be anyone,” he (Debenedetti) said.