On pubic hair, and/or the absence thereof

I’ve stroked my chin a couple of times (here and here) about the odd reactions provoked by Courbet’s painting The Origin of the World and, yes, we’re back on the vexed question of how we respond to public displays of women’s body hair, with the response to Leena McCall’s painting Portrait of Ms Ruby May, which was removed from a show at the Mall Galleries. The Guardian hedges its bets in its coverage of the story, not wanting to be as prim and silly as the Daily Mail but at the same time not wanting to give offence. (But to whom? Feminists? Puritans? Feminist puritans? Body fascists who think all women should be utterly shorn below the neckline? Tiresome hippies who insist with similar vehemence that all women should be innocent to the attention of waxes and razors whether they want to be or not?) They offer a censored version of the image but allow you to click if you want to see it in all its glory. I don’t have the energy for such things. Here’s the painting, take it or leave it: 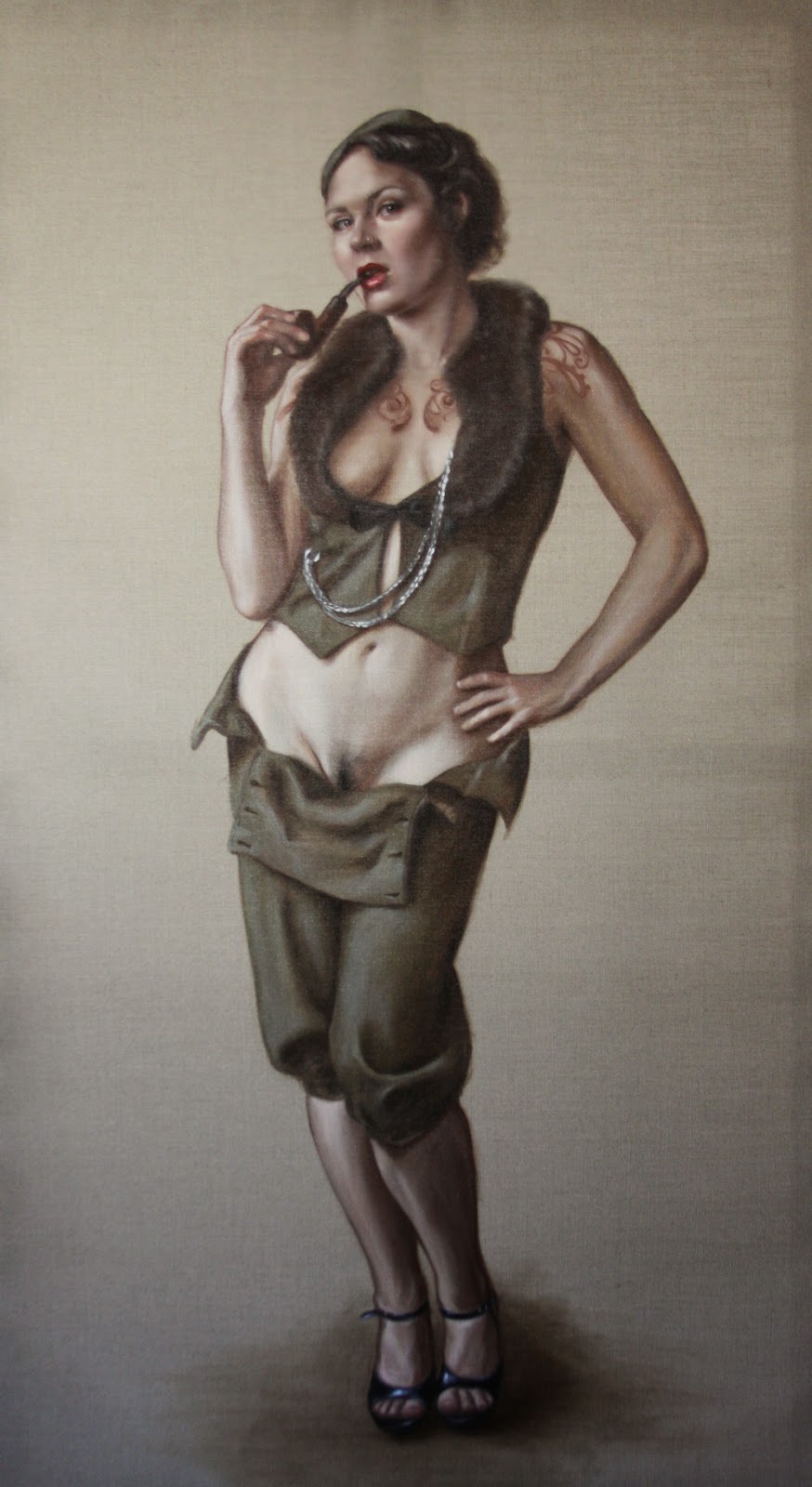 Without wishing to delve too deeply into the minutiae of Ms May’s intimate beautification routines, she does appear to have done some tidying down there, although by what means I wouldn’t presume to guess. And of course there’s a whole thesis that could be concocted into our vexed relationship with pubes, encompassing Classical and Renaissance nudes, that urban myth about Ruskin, those pens with pictures of naked ladies who lose and acquire swimsuits depending on the angle at which you hold them and the shifting attitude of magazines such as Playboy, where hair was a proud badge of sexual liberation in the early 1970s, only to retreat over the years to the point at which it’s now as unacceptable as it was when the magazine first launched. And of course, the pubic paradox, that the presence of hair in some ways reveals what it also purports to conceal, which is verging on Baudrillard if you think about it, which I do, probably too much. I think I may go a bit further on this at a later date, although I suspect I’m already attracting some funny looks. Maybe I need to wax my blog.

PS: A photographer’s perspective (and a quirky video, if you speak a bit of French).

PPS: And more censorious silliness, this time about album sleeves. (Do they still exist?)
Posted by Tim F at 2:21 pm