Tracey and Guy and puffballs and me

When I first dipped a digit into social media (as I’m sure we didn’t call it at the time), it was in the form of Friends Reunited, a site designed to help you get in touch with friends and enemies from your past schools, colleges and similar places of incarceration. Each entry had a space to list personal interests and I couldn’t help noticing how many of my contemporaries, asked to identify their favourite music, put “Eighties”.

Well, what the hell does that mean? I can understand someone who wasn’t born at the time investigating the music of the decade as a sort of semiotic archaeologist, just as I bought so-called Sixties compilations as a means of getting my head round the Standells and the Shangri-Las and the Swingle Singers. But these were people who’d lived through the whole 10 years as sentient beings, from post-punk and 2-Tone to acid house and Madchester with all manner of ghastly wrong turns in between. How could they have simply packaged up all the various musics that soundtracked their — damn it, our — growing up into a neat, one-word manifestation of decaditis? 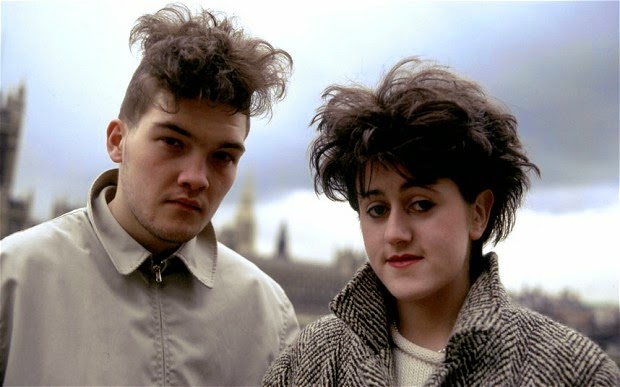 Of course, as Tracey Thorn argues in her recent article in the New Statesman, “Eighties” doesn’t actually mean everything recorded during those 10 years:


Now, personally I wouldn’t mind going to an Eighties disco, all Smiths records and “Coal Not Dole” badges, Go-Betweens B-sides and Red Wedge banners. What’s that you say? You don’t think that’s what it would be like? No, you’re probably right. That was my Eighties, maybe yours, too, but it’s not the official version of the decade, is it? The official version is – yawn – spandex leggings and Duran Duran, puffball skirts and mullets, shoulder pads, Dynasty, yuppies and Tories, Tories, Tories.

Of course, this is all about dominant discourses and cultural hegemonies and, as Thorn says, history getting written by the winners. And it doesn’t really matter whether you lived through a period or not: I’ve written elsewhere about the time I was gently informed that my 1960s were the wrong flavour, or something. And my own 1980s, for example, would involve rather more of Ms Thorn’s work (especially from the early years when she was on Cherry Red records with Everything the Girl and the Marine Girls and as a solo act and probably hovering in the background elsewhere) than would crop up in the puffball version she describes. A 1990s disco programmed by the winners might well include her global smash hit ‘Missing’ but not if I had a say in it; and anyway, as I’ve also argued, the 1990s was the first decade that resisted such a simplistic approach.

It was probably thinking on such lines that brought the House of Love to mind. They’re one of the bands that seems to fall off my personal radar every few years, then leap back with a jolt. I like them for a number of reasons: because they sounded a bit like the Velvets and the Bunnymen and the Jesus and Mary Chain; because the singer, Guy Chadwick, had magnificent cheekbones; because they came up with weird lines like “your face is a foreign food”; because in the face of the Roses and Monday et al they steadfastly denied that there’d ever been a dance element to their music; because the released three separate albums all called The House of Love; and above all because of a gig in the last month of the 1980s, just a few days after they’d fired their guitarist, when they played with the focused intensity of a jilted lover who just has to do this to keep from dissolving into tears. In my memory they only performed for about 25 minutes and left the audience stumbling around as if it had been mugged by plectrums and pain. Someone somewhere can probably disabuse me but I hope they don’t. It was my 1980s and it was my gig.

Odd that you mention the House of Love. Just yesterday I dug up and played Babe Rainbow for my 16-year-old daughter, Canada's biggest Horrors fan.

"Doesn't this remind you of them?"