What Marilyn Hagerty means for the future of criticism, the internet and pretty much everything else 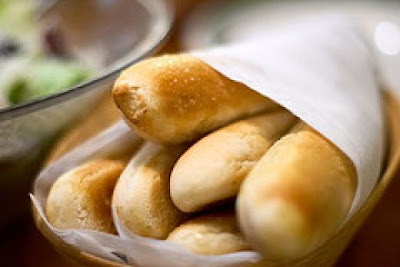 Marilyn Hagerty is an 85-year-old columnist for the Grand Forks Herald, the main daily newspaper in the third largest city in North Dakota. Last week she wrote a glowing review of the new Olive Garden outlet that opened there, lauding the breadsticks, the chicken alfredo, the identification of gluten-free food, the flowers, even the fireplace. She wasn’t tempted by the raspberry lemonade, though. “All in all, it is the largest and most beautiful restaurant now operating in Grand Forks,” she declared.

Well, Mrs Hagerty’s starry-eyed enthusiasm was picked up by a food blogger in Denver, and quickly moved up the online hierarchy until Gawker mentioned it and the interwebs went bonkers in a sardonic sort of way. “I’ve been a lot of things,” mused Marilyn, “but never viral.” As her son put it, in the Wall Street Journal of all places, “some people pursue celebrity. Others stumble into it as they are rushing off to bridge club.”

The initial tone of the hipster adopters was one of gentle, amused condescension; because she chose to review Olive Garden at all (it’s a vast corporate chain of pseudo-Italian restaurants, with a critical reputation little better than that of Harvester or Nando’s in the UK) and because she enjoyed it so much. But there were plenty willing to take up Marilyn’s cause against these snooty, sneering elitists and pretty soon the whole thing had the makings of a good, old-fashioned American culture war, with the Grand Forks Olive Garden representing all that’s honest, decent and uncomplicated about the flyover states, no matter what the coastal snarkers may think. You just know that Rick Santorum is right now trying to arrange a photo-op at his local Olive Garden; while Mitt Romney will just say he knows the guy who runs the company.

But there’s something else going on. Let’s go back to Andrew Keen and the preposterous arguments he made about free, online culture allowing self-important amateurs (bloggers) to push aside seasoned, experienced professionals with all the right credentials and qualifications (journalists). But hang on a moment. Here we have knowledgeable foodies sniping from their online vantage points at the cheerful granny who makes no great claims to any profound understanding of the culinary arts, but she just knows what she likes, and she says it. Hagerty is something akin to Keen’s caricatures of the solipstic blogger. But she does it in a print newspaper. And she gets paid for it, or so we must assume. Like the fans of Céline Dion and blue landscapes, she doesn’t know much about food but knows what she likes and the good people of North Dakota like her in turn. And we realise that not only do most people not know either, they don’t care that they don’t know – in fact, they probably prefer it that way.

Oh, we’re all doomed. Go on, have a breadstick.

PS: And the original review gets re-reviewed. By, um, Ernest Hemingway.
Posted by Tim F at 7:15 am

But she doesn't know anything about the Ford Cortina.