Daily Mail: Hurrah for the Berserkers! 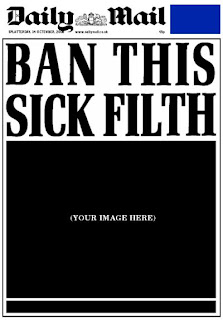 In the New Yorker, Lauren Collins offers an outsider’s view of the Daily Mail that may not startle those intimately associated with its lucrative blend of sanctimony, prurience and dementia, but still offers a few choice nuggets. “The Mail is less a parody of itself than a parody of the parody, its rectitudinousness cancelling out others’ ridicule to render a middlebrow juggernaut that can slay knights and sway Prime Ministers,” she argues. And, lest hacks on rival rags start to feel too smug: “In Britain, unlike in the United States, television tends to be a dignified affair, while print is berserk and shouty.”
Posted by Tim F at 11:30 am