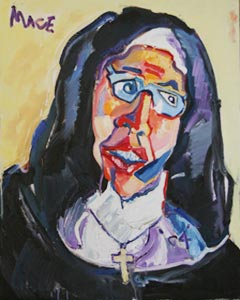 Sister Wendy Beckett has bemoaned the fact that people don’t know the Bible or classical mythology and as such can’t appreciate much Western art. “In the past everybody knew these stories, although they didn’t necessarily live the spirit of them,” she says. “Everybody used to know the Greek myths and most people had a smattering of Latin, now they don’t.” Now, far be it from me to contradict the Mother Teresa of the art world, but I’m not sure she’s entirely correct. Before mainstream Christianity began to decline as the default philosophical position of most Brits (in the years following World War II), people would have had a better grasp of the most obvious bits of the Bible (the Nativity; the Crucifixion; Adam and Eve; Noah) and would know the Lord’s Prayer and a good few hymns (more ancient than modern) but I’m not sure a bog-standard Anglican would necessarily have been able to do much better than that. Catholics would probably score higher, but there haven’t been quite so many of them in the UK since that unpleasant business with Henry VIII a few years back. Which is, I guess, what Sister Wendy is really bemoaning. Everything was all going so nicely until that pesky Reformation. 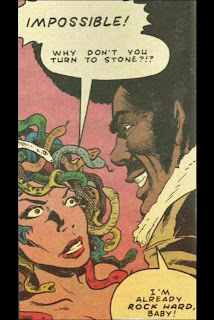 As for the smattering of Latin she describes, I’m not sure that was ever the case either. Until the 1870 Education Act, the provision of schooling in Britain was patchy in the extreme; even after that date, most kids could hope at best to get a grasp of the three R’s before being pushed into the factories or fields that were tdeemed to be their right and proper place. And once state-funded grammar schools had been introduced, they still only catered for the most able minority; there wasn’t much room for amo amas amat in secondary moderns. (Of course it had always been available to the private educated; Radleian Peter Cook presumably had the Latin that his creation EL Wisty lacked.) Maybe everybody knew the Greek myths, but only if you believe that “everybody” means “everybody with whom Sister Wendy Beckett came into regular social or professional contact” which is a rather different thing. Beckett’s cloistered existence, it seems, has always excluded such ungodly distractions as the inadequately educated. Until now, maybe. What’s changed is not so much the number of people who don’t know who Medusa was, or can’t fully appreciate Rubens, but the fact that such people now have a public voice, which permeates even to Sister Wendy’s little caravan.
Posted by Tim F at 9:05 am

I like the way that Zeus's beard follows you round the room.

When I first became editor of a 'paper for independent comment', at the university where I earned a crust, there was a good deal of eyebrow-raising when it became clear that I didn't have the Latin. I did study Aesthetics, but I doubt that it would be enough to win Wendy over. It's all about yer significint form, innit?

Nothing changes. (Except for the fields and factories, they are now call centres and supermarkets.)

I think it's strange that she says 'They have a right to know what happened' - even if you're a staunch Christian, surely you know bible stories are a version of what happened, particularly if you are talking about paintings, which are an artist's interpretation of events... the paintings are telling a story but they're not fly-on-the-wall documentaries. Stupid woman.

It's spooky, isn't it Vicus? Like being stalked by David Blunkett.

I'm not quite sure what it would have taken to win Wendy over, Martin. A tattoo by Raphael?

Not quite fair, Annie. She's not really stupid, she's just getting old and she's spent too much time in her little caravan with only God and Vasari for company. Fair point about schools though.

So good topic really i like any post talking about Ancient Greece but i want to say thing to u Ancient Greece not that only ... you can see in Ancient Greece AncientGreece.Me and more , you shall search in Google and Wikipedia about that .... thanks a gain ,,,

...but if you take her comment in the context that she surely have meant it, in that most people then - viewing western art - would have had a better knowledge of Christianity, Classical mythology and a smattering of Latin, then actually, she's perfectly spot on.

You are completely correct to say that, pre war, education for the poorer members of society did not include Latin or the classics, however, neither did it include looking at western art, or indeed, any art. Nor did the people educated at that level go on to do so after their education.

However, a fairly large percentage of people were educated to have a smattering of Latin, a vague knowledge of mythology, and a working knowledge of the Bible. (remember, many private schools were nowhere near as expensive as they are nowadays). Their grandchildren, along with the grandchildren of the people not educated to that standard, now attend the same level of education, and don't get any of that. Have education standards fallen, or just changed?

In other words, Sr Wendy has a very valid point, from an art enthusiast's point of view, and all that she has done is failed to place emphasis on the fact that she's talking about people who would actually view "western art" - which is not all that surprising when you bear in mind she's trying to recover from a number of minor strokes.